The Italian businessman active in eastern Slovakia is in pre-trial custody and may be put into extradition custody by Italian prosecutors. 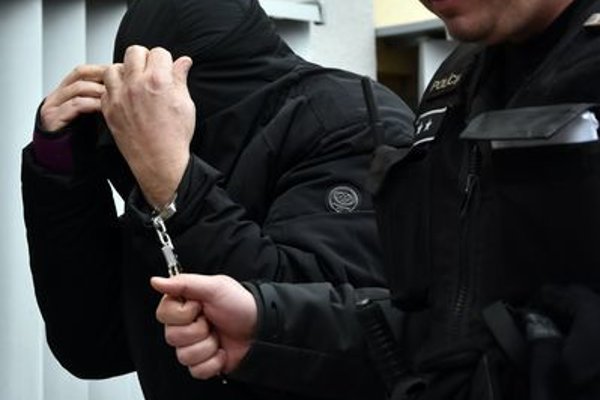 The Italian businessman enterprising in Slovakia, Antonino Vadala, is still in pre-trial custody as of April 17. He faces other criminal charges of attempted subsidy fraud.

“Based on the binding instruction of the head of the Special Prosecutor’s Office’s (ÚŠP’s) department of economic criminality, Maroš Žilinka, the National Criminal Agency’s (NAKA’s) investigator launched criminal prosecution on April 9 with a ruling from April 13, and filed a charge against Antonino Vadala for subsidy fraud and for attempting to harm the European Communities’ financial interests,” ÚŠP spokesperson, Jana Tökölyová, told the TASR newswire on April 17.

Attempt at subsidy fraud behind custody

She added that the prosecution is also focusing on Vadala’s attempt in 2009 to lure the Agriculture Paying Agency (PPA) of the European Union to pay out subsidies amounting to €119,917.67 through the BIO-FINIŠ company, which he legally represented. He falsely declared liabilities connected with the conditions for the agricultural subsidies to be paid. If convicted, Vadala faces a prison sentence of three to ten years.

The defendant will remain in custody, which was decided by a three-member panel of the Slovak Supreme Court (NS SR) during its non-public session on April 12, thus rejecting Vadala’s complaint against preliminary custody. As the spokeswoman for the Supreme Court, Alexandra Važanová, told the SITA newswire, the Supreme Court considers the decision of the Regional Court in Košice to take him into pre-trial custody legal and correct.

The Regional Court of Košice will again decide on his fate, based on the proposal of the regional prosecutor to move the Italian suspect from pre-trial to extradition custody. The prosecutor could do so only after he received the original of the European warrant of apprehension from Italian prosecution bodies last week, TASR wrote, adding that they were also waiting for the Slovak Supreme Court’s decision on Vadala’s complaint.

Vadala is prosecuted against in Italy for illicit trafficking in narcotics and psychotropic substances and for participation in a criminal conspiracy for illicit drug trafficking.

Police detained him on March 13 and the Košice Regional Court’s judge decided two days later on his pre-trial custody, which Vadala appealed against.

The murdered journalist Ján Kuciak wrote about Vadala’s activities in Slovakia – among other topics – before his death, TASR summed up.