The speaker of parliament complains about increased frictions and says Pellegrini is a strange, unknown person. The PM responds that he wants them to meet, adding the current coalition is the only option possible. 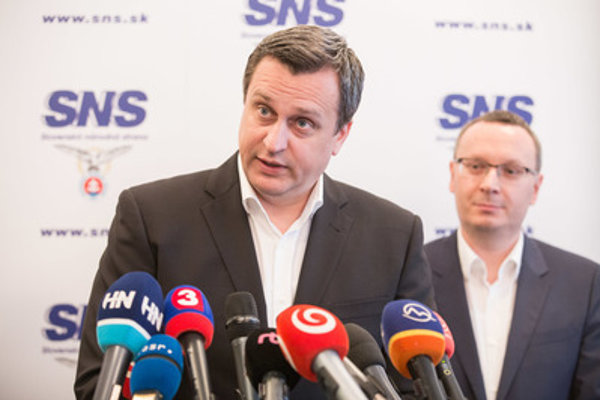 After the party meeting on April 18, Speaker of Slovak parliament Andrej Danko of the minor coalition party, SNS, criticised Prime Minister Peter Pellegrini and his cabinet for failing to keep their coalition partners informed. Danko added, as quoted by the Sme daily, that he learned about the cabinet steps from media, instead of from joint talks. He does not feel comfortable in such a coalition, the parliamentary speaker summed up.

SNS also complained about Pellegrini’s statements supporting the West’s intervention in Syria, and they want to clarify an official stance towards re-distribution of migrants among European-Union countries and the Istanbul Convention.

Danko wants to invite the prime minister for a work meeting since “there is a new situation, as the PM is not the head of the strongest coalition party”. (Former PM Robert Fico resigned but is still chairman of the ruling Smer party). The meeting is slated for Thursday April 19, 15:00. Danko also postponed the cabinet meeting from April 18 to April 20.

PM Pellegrini reacted to Andrej Danko’s criticism by agreeing to meet and adding that “the current coalition is the only guarantee of stability for Slovakia”. He added that he wants to create conditions “for the work of ministers from all three coalition parties”.

The third coalition partner, Most-Híd, responded in a press release by stating that they do not share the SNS's views as presented by Danko.

“We feel no shifts in the ruling coalition in fundamental political issues,” they wrote, adding that “if we came to such a conclusion we would solve it as we always have – within the coalition”. The cabinet manifesto, which is unambiguous in foreign policy, is still valid for us, Most-Híd writes. “First and foremost, we have to focus on the crucial and serious tasks Slovakia faces – and these are surely not helped by tackling problems and possible disputes in the media and before the eyes of the public,” the coalition partner sums up.