When sheep and goats become gardeners 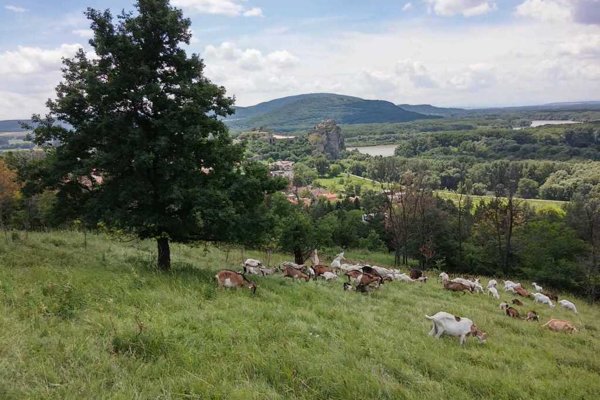 “Girls, let’s go home,” shepherd František Held calls with a melodious voice to a flock of sheep and a few goats grazing in a floodplain meadow close to Bratislava’s Podunajské Biskupice. The animals, with bells jangling around their necks, obediently set out towards the sheep farm near the Danube boundary bank helped by Belo, the Slovak Cuvac dog. For today they have already fulfilled part of their main task here – to graze. After some hours of rest, they will return to local pastures to keep them mowed. 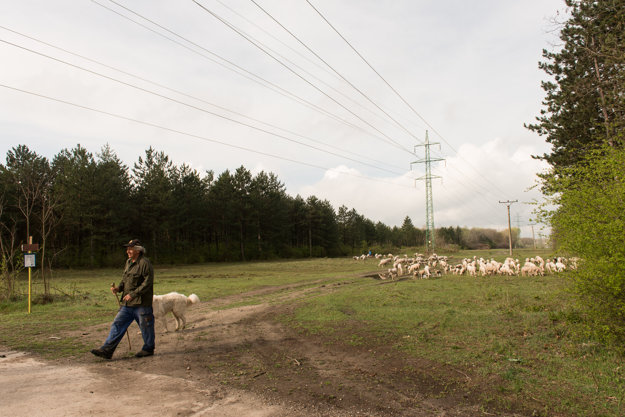 “The cessation of the traditional pasturing resulted in shrubs and invasive plants pushing out precious species of butterflies and orchids,” said Andrej Devečka from the Regional Association for Nature Conservation and Sustainable Development (BROZ), who is behind the traditional grazing restoration project in Bratislava.

Restoring pastures and grazing around Bratislava is a long-term dream of conservationists, which they have been gradually fulfilling.

“These lands were farmed by people in the past,” said Devečka. “In most cases, they were used as pastures but about 60 or 70 years ago, the way of farming changed and grazing in these areas ceased.”

Restoration of pastures and grazing in Bratislava

Subsequently, shrubs and various invasive plants like goldenrods or tree-of-heaven began to grow and expand over neglected pastures. They pushed away original species that used to grow and live on these savannas and forest steppe localities. These are, just to mention a few, orchids, Blue butterflies and the beautifully colourful bird called the Eurasian hoopoe.

“Grazing is the most natural, most environmentally friendly and very effective way of restoring and maintaining these localities,” said Devečka.

It would not help to cut the goldenrods or prune the shrubs. The Goldenrods would grow again and the shrubs would only rejuvenate and even denser bush would grow.

“Permanent nibbling and grazing by these living four-legged mowers is very effective in this respect,” said Devečka.