Train full of missiles photographed in Ostrava a hoax 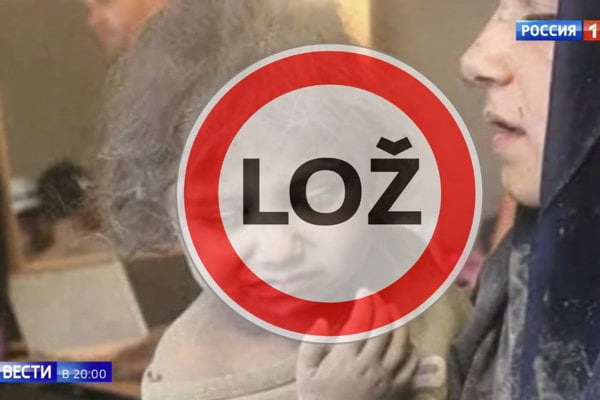 Photos from the set of the feature film Revolution Man were misused for propaganda. (Source: Courtesy of Bellingcat)
Font size:A-|A+16

On Facebook, a photo of a cargo train loaded with missiles in open carriages has been spread by several sources. “I come from Ostravy (a city in the north-east of the Czech Republic), and this is what my security guard colleague managed to capture,” the accompanying text states, as quoted by the Sme daily, adding that the train was headed for Slovakia and that it was clear that its ultimate destination was Ukraine, as a railway company employee said so.

One of the sources is the Facebook account of Stanislav Miko, and from there, the photo was shared more than 3,300 times, and liked 128 times. Websites such as the pro-Russian site Česi a Slováci Podporujú Ruský Krym (Czechs and Slovaks support the Russian Crimea) which has spread fake news in the past, also spread the picture.

The photo itself has not been falsified but the text describing it is a sheer lie, the daily wrote.

What was on the train?

The author of this hoax relied on readers to interpret the photo. An ordinary reader really does not have time to check on the source of the information; in standard media, journalists do this job.

In fact, this photo comes from the Russian city of Yekaterinburg, and features carriages carrying missiles Raduga Kh-22, produced in Russia and designed to eliminate sea targets. These missiles can also bear nuclear warheads. 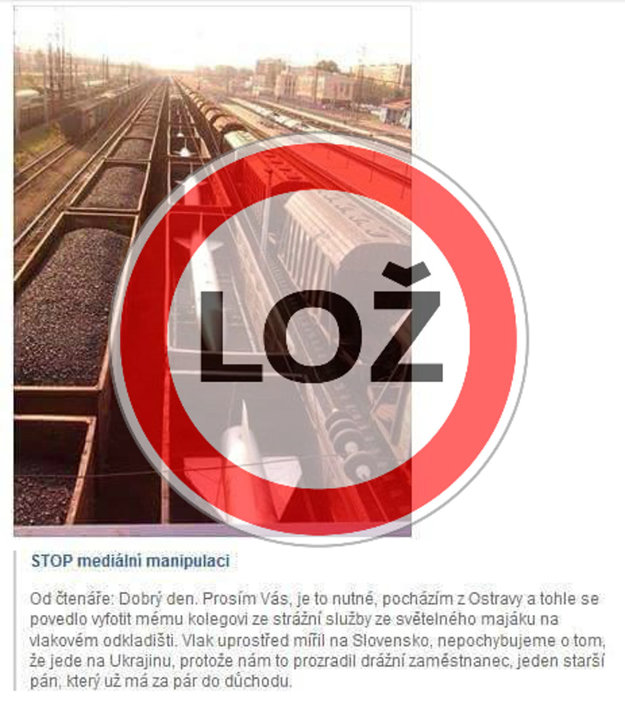 The origin of this picture can be tracked down through the Russian-language site on the Livejournal.com blog. The Czech site Misantrop.info also analysed the photo. The missiles in the carriages have dismounted wings, so they were probably meant for decommissioning and eliminating. Thus, they surely were not heading to Ukraine or traveling from Ostrava as the starting point. Even if this was true, the only one able to really use them now is the Russian Federation. The Kh-22 missiles are launched from Tupolev Tu-22M and Tu-95 airplanes, used only by Russia, according to Sme.

Ukraine inherited its nuclear arsenal after the split of the Soviet Union but it promptly got rid of it. It either returned strategic bombers to Russia in exchange for writing off the debt for gas, or destroyed them.

The latter hoax was spread by Russian broadcaster Russia-1, whose show Vesti claimed that it has acquired shots proving that chemical attacks were staged, and that the volunteering civil aid group working on Syrian territories and controlled by anti-regime opposition, so-called White Helmets, is behind the shots.

However, British investigative server Bellingcat noticed that the shots are from the shooting of the Syrian film Revolution Man – and they are also on the film’s official website.

The hoax was also spread on Facebook by Ratko Sudecký who writes for the disinformation magazine, Zem a Vek. The Dezinformácie Hoaxy Propaganda website pointed out that his status was shared by more than 4,000 people.

A Wikipedia entry reads that White Helmets are often the target of propaganda by Russian, Syrian and Iranian websites.

Czech TV was tricked, too

Another hoax had slightly more serious consequences and even the Czech public-service broadcaster, ČT, shared it. In a report on a bombing in Syria, the broadcaster used a video-recording which later turned out to come from the Ukrainian region of Luhansk, and dates back to 2015, Czech server Hlídací Pes explains.

The Czech disinformation server Aeronet wrote that Czech TV used manipulation to cover the failure of the allied forces attack on Syria.

The core of the problem is that ČT took the disputed recording from the Twitter account of Murad Gazdiev, a journalist of the Russian broadcaster Russia Today which, together with the network of websites Sputnik, is controlled by the Russian state newswire RIA Novosti.

Meanwhile, Gazdiev deleted the video-recording and admitted it was fake news, according to Sme.