No office building completed in the first quarter in Bratislava

The vacancy rate in office rate down in Bratislava 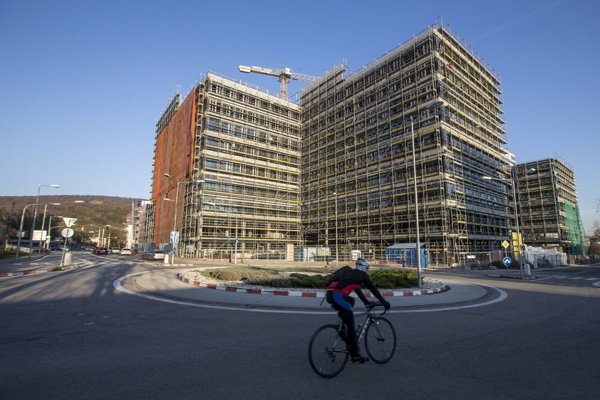 In the first quarter of 2018, the overall offer of office space in Bratislava reached almost 1.72 million square metres. The vacancy rate slightly decreased to 5.99 percent from 6.18 percent in the previous quarter. The lowest vacancy rate was in the Bratislava V district (3.22 percent), the highest in the Bratislava IV district (9.05 percent), the Slovak branch of the real estate services firm Cushman & Wakefield reported on April 20 as cited by the SITA newswire.

Transactionsconcluded during the first quarter of 2018 reached 27,000 square metres, which represents a 68 percent decrease in transactions compared to the previous quarter.

No office building was completed during the first quarter of 2018 in Bratislava. But next quarter office projects Blumental Offices II, Einsteinova Offices and Westend Plazza are expected to be completed. They will offer more than 64,000 square meters of modern office space.