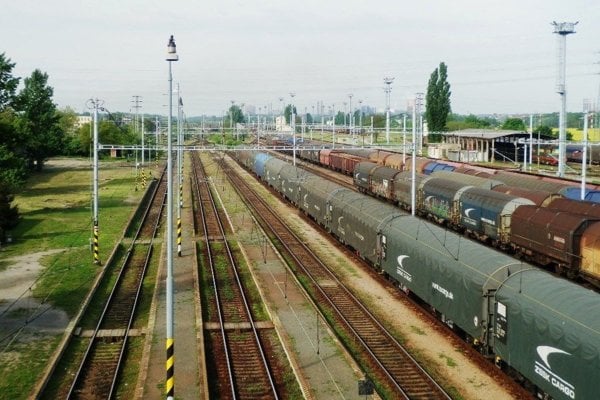 The developed rail infrastructure in Haniska has helped to the launch of the industrial park. (Source: Vlaky.net)
Font size:A-|A+20

Visions for a fifth carmaker in Slovakia have re-appeared after the Slovak government gave the industrial park in the eastern Slovak village of Haniska close to Košice the statute of strategic investment. The Chinese electric car manufacturer Zhi Dou or BMW are mentioned as strategic carmakers.

Slovakia is competing for the Chinese investment only with Romania, the Hospodárske Noviny economic daily reported. But Slovakia’s rival has an advantage in subsidies since the Romanians offer potential investors support amounting up to 50 percent of the investment value. The Slovak Economy Ministry offers a subsidy of up to “only” 35 percent. The final decision of the carmaker about where it will eventually establish its factory should be made in the autumn.

At the proposal of the Economy Ministry, the cabinet blocked land for a possible investor in the new strategic park in Haniska.

“This project is a significant investment,” stated the Economy Ministry as cited by the SITA newswire. “Implementing the project is in the public interest and it is necessary to prepare the territory for a strategic park.”

The Haniska strategic industrial park will be a prerequisite for attracting new investments to eastern Slovakia. It will enable opening thousands of direct and indirect new jobs, the Economy Ministry believes.

Economy Minister Peter Žiga claims for now that there are five investors in the game. Based on information from Hospodárske Noviny the new investor should be a carmaker.

Information that BMW would be interested in production in Slovakia arose in the media in 2012 and 2013. At that time BMW denied it. Now it does not assert a negative answer, according to the daily.

The 250-hectare industrial park in Haniska will be one of the largest such parks in Slovakia.