The Czech prime minister sues the Nový Čas daily for a story with a former agent of the communist-time secret service, ŠtB, who confirmed the PM’s collaboration. 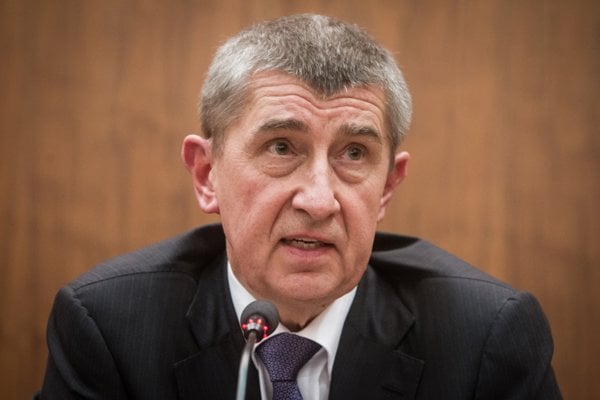 Czech Prime Minister Andrej Babiš has filed a lawsuit against the publisher of the most-read Slovak daily, the tabloid Nový Čas, for breaking a story from an interview with a former member of the Czechoslovak communist-time secret service State Security (ŠtB), Ján Sarkocy, who claimed Babiš as a willing collaborator.

Babiš is asking for an apology and one million euros, the Sme daily wrote on April 25, adding that Babiš is also suing Sarkocy along with Nový čas.

Babiš is denying cooperation with ŠtB in the long term; a Slovak court in January turned down his suit, however, which contested the findings of the Nation’s Memory Institute’s (ÚPN) finding, claiming that he was unjustly registered as an ŠtB agent.

What Sarkocy said about Babiš

In an interview with a Nový Čas reporter and other journalists, Sarkocy said last February that he saw the original Babiš’ file concerning the PM’s collaboration with ŠtB, and that nothing in the file is fake. He called Babiš a person who wanted to benefit from cooperation with ŠtB and who liked money.

Read also:Babiš loses dispute over his collaboration with the communist secret policeRead more

Babiš then responded by saying that Sarkocy lied and his lawyer wrote, in the lawsuit, that the Czech PM (who is of Slovak origin) perceives the publishing of negative statements on his person as a huge wrongdoing. Sarkocy’s statements allegedly intentionally “create the wrong image of him as a calculating and dishonest person”.

The publisher of Nový Čas – which also publishes the Aktuality.sk news website for which murdered journalist Ján Kuciak worked – refused to apologise. Its lawyers say Babiš has failed to prove he was not a ŠtB collaborator.

Babiš demanded that his name be cleared in Slovakia, and local courts first decided that he had been recorded in ŠtB archive files as its agent unjustifiably.

Last year, however, the Constitutional Court overturned the original decisions, and the case saw a sudden turnaround.

The CC cancelled the original ruling of the Bratislava Region and the Supreme Court, which ruled in Babiš's favor, and it found that the Slovak courts falsely based their verdicts on the testimonies of former ŠtB employees who were not stripped of a confidentiality oath, while questioning their trustworthiness. In a renewed trial, the Bratislava Regional Court, in compliance with this finding, turned down Babiš’s suit this year. Most recently, Babiš filed an appeal against this effective verdict with the Slovak Supreme Court.