Another Slovak tennis player, Jozef Kovalík, also made it among the best 16. 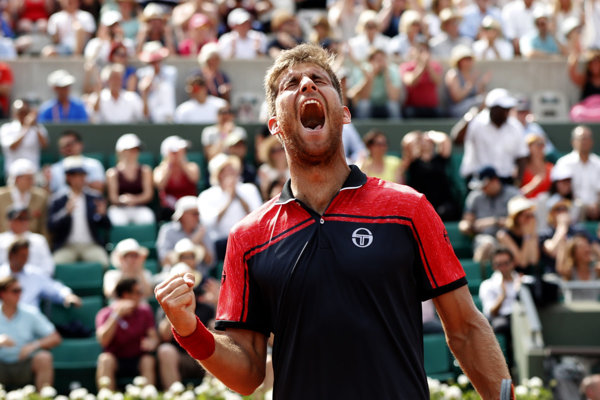 Slovak tennis player Martin Kližan qualified for the 1/8-finals in singles at the clay tournament of ATP in Barcelona on April 25. In the second round, he beat for the first time in his career the sixth best player, Serbian Novak Djokovic 6:2, 1:6, 6:3.

It is the second time in his career that he beat a former world No 1: in October 2014, he beat the Spaniard Rafael Nadal, who was then second in the ATP chart, in Valencia, the Sme daily wrote.

In the match for the quarter-finals, Kližan will play on April 26 against the No 12 of the tournament, Spanish player Feliciano Lopez. The Slovak tennis player has already secured a bonus of €32,690 pre-tax, and 55 points for the global chart.

The course of the winning match

In their fifth match, Kližan had an excellent start against Djokovic, achieving a decisive lead of 5:1 in the first set. The second set went clearly to the Serbian but in the decisive third one, Kližan prevailed. At 4:3, he broke Djokovic’s service and then he succeeded in the second match-ball of the game.

“Martin should be congratulated – it is his success,” coach Dominik Hrbatý told the SITA newswire. Captain of the Slovak tennis team during the Davis Cup, Hrbatý told SITA this week he would continue cooperating with Kližan, albeit in a slightly looser manner – for several weeks a year, the coach specified.

Another Slovak player made it among the best 16 players in Barcelona; Slovak Davis-Cup national, Jozef Kovalík, beat the “lucky loser”, Argentinean player Guido Pello 6:3, 6:3. His next rival will be Austrian Dominic Thiem, according to Sme.