May 1 was organised in several places around Slovakia, partially with nostalgia and partially as a joke. 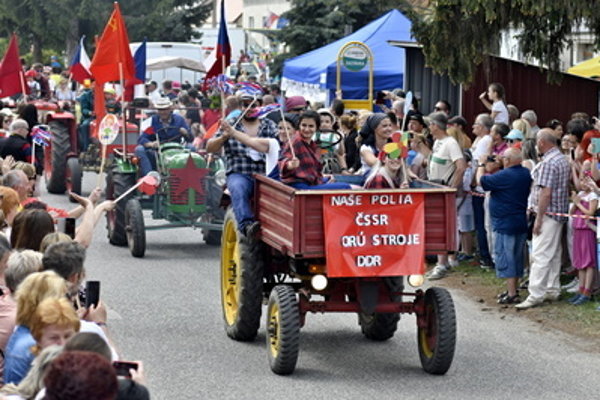 The village of Dojč, near Senica in western Slovakia, has celebrated May 1 for the eighth time. The tradition of funny memories recalling the “parades” usually organised on this day during communism has already made the village famous. 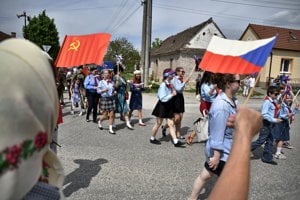 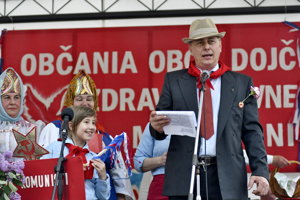 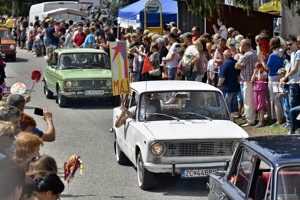 “The idea came up at a local pub, where we sat and chatted,” spiritual father of the celebration, Miroslav Opatovský, told the TASR newswire. “I saw something similar in a tiny Czech village, and I liked it. Originally, the event was organised for just a close circle of friends: there were only 200 or 300 people the first year,” he specified.

Since the beginning, Dojč's May 1 has been growing in popularity, and this year, around 5,000 visitors came to enjoy it. Also, many people in period clothing actively participated, dressed as communist-era police, “pioneers” (i.e. boy and girl scouts), and communist youth. Moreover, around 200 vintage vehicles participated, according to TASR.

Vintage cars and communist leaders were also part of the May 1 parade in Borov, a borough of the eastern Slovak town of Medzilaborce.

There, the idea came from local town councillors Alexander Černega, Adrián Kaliňák, and Vladimír Tarča, who had been playing around with it for some time, the Korzár Horný Zemplín regional newspaper wrote.

Their idea attracted hundreds of people to actively participate, coming from around the region, e.g. from Medzilaborce, Michalovce, Strážske and Sobrance.

“We only got the courage to make the idea come true – also thanks to our friends from Michalovce, who supported us with their presence and also with vintage cars,” Kaliňák told the newspaper.

Retro May celebrations with the Internationale (the left-wing anthem), “The Labour Song”, pioneers, communist youth members, “heroes of the communist work”, parade stocks and billboards, slogans, portraits of communist leaders, chanting, tractors, allegorical vehicles, local popular frankfurters, goulash and beer – all essential parts of a true May 1 parade – was definitely not meant to denigrate the holiday or the past.

“We want to remind the younger and medium generation that the Labour Day was not – and is not – just about a day off,” Kaliňák noted for Korzár. “Labour is very important for all of us, we should respect it, and acknowledge that those who have a job are happy,” he concluded. The older generation was allowed a bit of nostalgia for the past, too, as well as space for memories.

The festive parade in Borov included officers from the (non-existent) Soviet Union, communist-time police officers, followed by work teams, folklore ensembles, youth, etc. There was even a programme on the stage of the local amphitheatre. The numbers exceeded the organisers’ expectations: more than 2,000 people, from children to pensioners, paraded on May 1. The audience was numerous, too.

In the High Tatras, the May 1 feast was more about fun again. Members of communist-time unions, police and pioneers paraded with humorous slogans like "Proletarians – aka jive-asses – of the whole world, unite“, the Korzár Spiš regional newspaper wrote. The pioneers’ songs resounded among the peaks of Tatras, all the way to Tatranská Lomnica.

The participation was a record this year: 450 performers in period costumes from Slovakia were supported by 150 jokers from the Czech Republic. Firefighters, encouraged by the singing of the Vagonár folklore ensemble, raised the maypole.