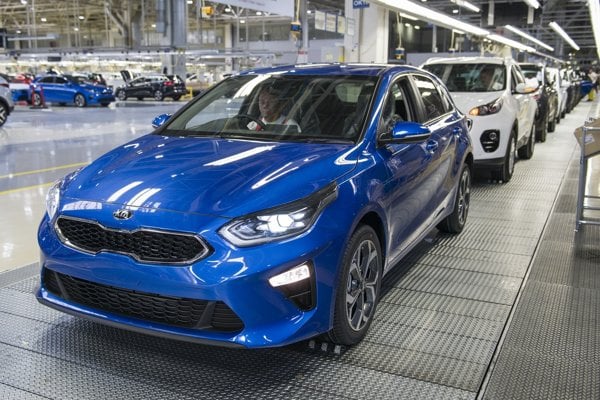 The carmaker Kia Motors Slovakia launched production of the third-generation Ceed model in its plant in Teplička nad Váhom on May 2. The five-door hatchback entered production as the first model. It will be followed in three months by the Sportswagon with an extended rear overhang.

“Our production lines have so far built more than 1.27 million units of the first and second-generation cee'd,” said Dae Sik Kim, CEO of Kia Motors Slovakia as cited in the press release. “We’re convinced that the third-generation will move us significantly beyond the two-million mark and will continue to be the pillar of Kia’s growth in Europe.”

This model, including new engines, will require a sizeable portion of the €300 million the carmaker invested in Teplička nad Váhom last year and this year, the TASR newswire wrote.

The most significant changes have been made in the safety and greening of available engines. The offer of engines will be extended with the 1.4-litre T-GDi and efficient new ‘U3’ 1.6-litre diesel designed to meet the limits laid down by the latest Euro 6d TEMP emissions standard, specified Jozef Bačé, Kia Motors Slovakia spokesman, as cited in the press release.

The production start of the third-generation five-door hatchback also means an end to the manufacture of the second-generation cee’d model and in less than three months of the Sportswagon.

“The third-generation Ceed has been designed, developed, engineered and produced in Europe,” said Bačé. “Its role will be to strengthen Kia’s presence in the European C-segment.” 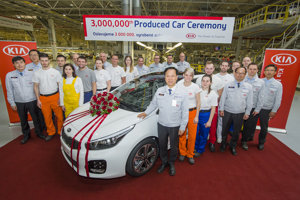 The original name cee’d is a homonym of the world seed – a seed of the Kia car make sown in Europe. The name itself is composed of CE – Community Europe and ED – European Design. Later the carmaker dropped the apostrophe and began to write it with a capital C – Ceed.

Kia Motors Slovakia is the only Kia Motors Corporation production plant in Europe. It was built between 2004 and 2006. The production of cars as well as engines was launched in December 2006. The carmaker currently employs more than 3,800 people in Slovakia.