Preferences of other parties have not changed much, according to a poll of the Focus agency. 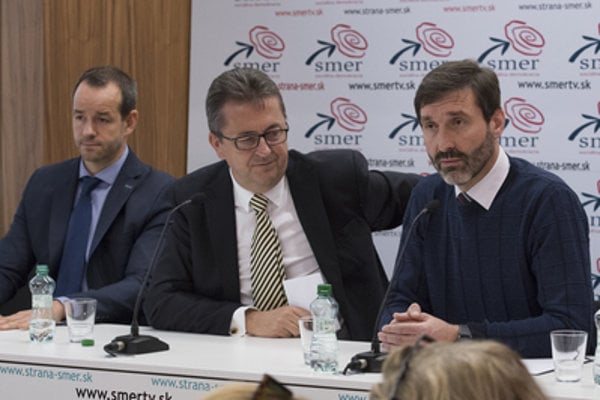 Following a poll issued by the AKO agency, a Focus agency poll has also confirmed the decline of the ruling Smer party since the murder of Ján Kuciak and his fiancée, Martina Kušnírová, in February, the Sme daily wrote.

Preferences of other parties have not changed much.

Smer is followed by the opposition Freedom and Solidarity (SaS) with 13.2 percent and the coalition Slovak National Party (SNS) with 10.1 percent, the TASR newswire wrote.

Five more parties would have made it into Parliament – the far-right ĽSNS with 9.3 percent of votes, OĽaNO and Sme Rodina both with 9.1 percent, the Christian Democratic Movement (KDH) with 6.8 percent and Most-Híd with 5.8 percent.

Progresívne Slovensko (3.6 percent), the ethnic-Hungarian SMK party (3.3 percent) and Spolu-Občianska Demokracia (2.8 percent) would have failed to reach the 5 percent minimum needed to win representation in parliament. However, the two new parties, Progresívne Slovensko and Spolu, have improved their due positions, Sme commented.

Other parties would have gained less than 2 percent support.

Smer would have garnered 37 seats in parliament according to the poll, while SaS would get 24 seats, SNS 18 seats, LSNS 17 seats, OĽaNO and Sme Rodina 16 seats each. KDH would have gained 12 seats and Most-Híd 10.