Learn how to debate from the victorious Slovak team 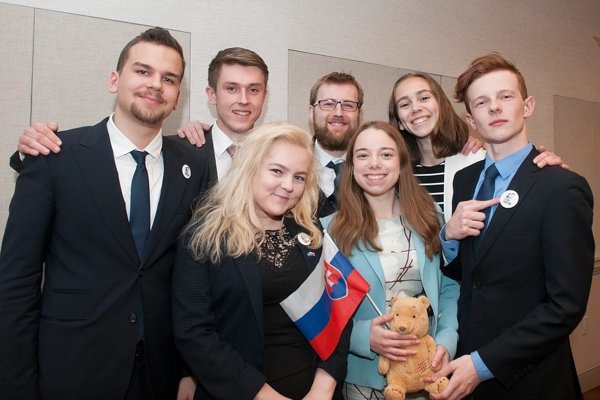 A team of high-schoolers rewrote history when they won a debate contest organized by the International Public Policy Forum. Several months of hard work preceded the winning debate in New York.

The students went through four rounds of a written debate, submitting an essay of 2,800 words every few weeks on the topic International climate accords for greenhouse gas emissions should adopt binding enforcement mechanisms.

“We wrote academic essays, every fact stated having to be substantiated,” said Lucia Jaďuďová, adding that it was not enough to search the Internet, primary sources being important.

Teams were writing affirmations as well as negations so they had to check both sides of the arguments. Every team had about a week to react to the other teams’ essays between different rounds. 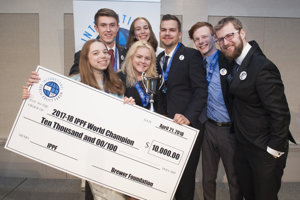 The Slovak team managed to reach the final “Elite Eight” after four rounds of essays and the gradual elimination of former 161 competing teams. Five teams from the US, one from China, one from Taiwan and the Slovak team met at the final round in New York. They underwent three debates in one day.

“The first pair of speakers stated for and against cases, better said read their essays, the second pair responding to the previous speakers. Then the teams had the possibility of questioning each other and the judges asked questions as well. In the end, the third speaker summarized the debate and concluded it with both speeches and questions,” Timofej Kožuchov describes the debate.