He tried to ice skate, sing and play the guitar all at once. 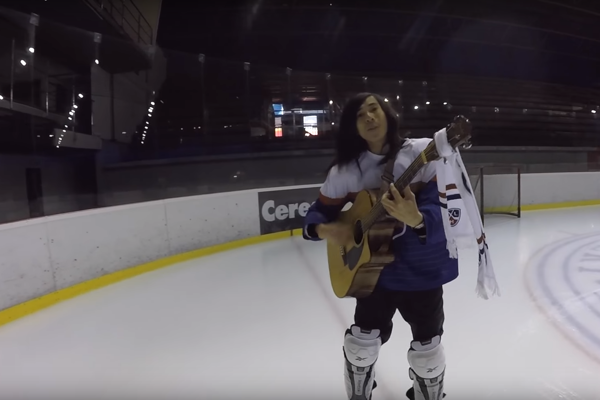 Steve Lin, or Pišta Linovecký, has become famous because he makes covers of Slovak songs. This time, he decided to create a cover version of the Slovak hockey anthem Nech bože dá.

In the video, he ice skates in a hockey jersey with a guitar and walks through Bratislava streets and Slovak castles. He even lights a candle in memory of two deceased Slovak hockey players – Pavol Demitra and Miroslav Hlinka, Fičí wrote.

Pišta had to pay to rent the ice hockey rink and for a jersey from a fan shop as well. He borrowed ice skates and the rest of the sporting equipment, Fičí reported.

He already knew how to ice skate, however, when shooting the video he had to ice skate, play the guitar and sing all at the same time for the first time, Fičí wrote.

“I was quite busy, I had to manage my hands, legs and sing all at once,” said Pišta for Fičí.

Hockey is not as popular in his homeland as it is in Slovakia, Fičí reported.

“We have this sport but people play it very rarely,” he said, as quoted by Fičí.