Mammoths on Wrangler Island in Siberia were the object of Pečnerová’s research. 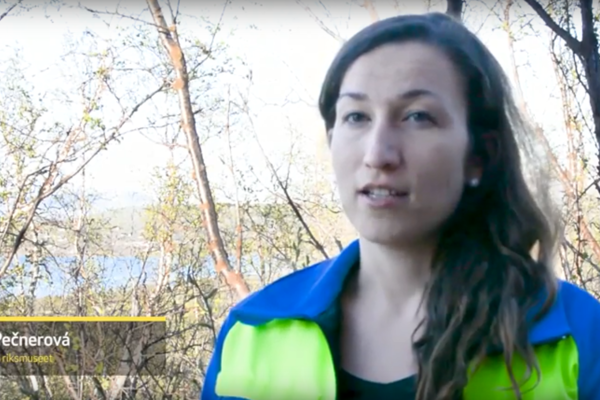 Patrícia Pečnerová is a Slovak scientist who studies ecological and evolutionary biology. She moved to Stockholm after graduation where she is studying for her PhD. degree, working in the Museum of Natural History and researching mammoths, startitup.sk wrote.

She was part of Arctic explorative expeditions in the north of Greenland and Wrangel Island where she researched the life of mammoths. Both the New York Times and Economist wrote about her research, startitup.sk reported.

Mammoths on Wrangler Island in Siberia were the primary object of Pečnerová’s research, where the mammoth population was the last group globally to die out. The island is also one of two places where mammoths survived until the end of the Ice Age, startitup.sk wrote.

Pečnerová researched how the mammoths could survive from a genetic point of view. To carry out her research, she managed to go to the Arctic twice, for several weeks each, startitup.sk reported.

“We collected information of all animal and plant species on the expeditions. We try to compare how they look today and how it was in the past to predict how they will look in the future,” said Paulína Pečnerová , as quoted by Czech portal aktualne.cz.

During the expedition, she lived in a tent. Once, a bear watched for three hours in the Arctic winter. Scientists had to wear a gun due to security and she went through detailed shooting training beforehand, startitup.sk wrote.

A year before Pečnerová went on the Greenland expedition she was tested in the Swedish mountains. She helped with a project focused on Arctic foxes as a way to test if she was able to camp in nature, carry heavy loads and help herself if she ended up alone in nature, startitup.sk reported.

One of the things she is sorry about is the low interest of evolutionary biology from the public, startitup.sk reported.

“It is a fantastic thing that could be beneficial for the world. I would like my research to help people widen their horizon in this field,” said Pečnerová for aktualne.cz.