Visitors can learn more about all EU member states. 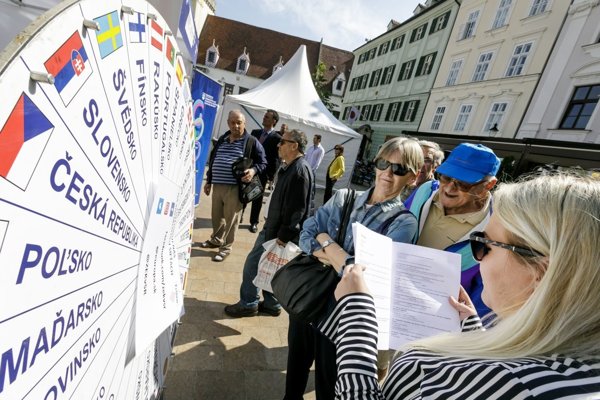 Cultural and music performances in various European languages, quizzes and competitions were part of the programme in downtown Bratislava, celebrating the symbolic birthday of the European Union.

In addition, there were numerous stalls with information about EU member states.

“May 9 is a common holiday for Slovaks and all Europeans,” said Ladislav Miko, head of the EC Representation in Slovakia, as quoted by the TASR newswire.

The organiser of the Europe Day in Bratislava was both the EC Representation and the EP Office in Slovakia. The partners include the Government’s Office, the Foreign Affairs Ministry and the city of Bratislava, TASR wrote. 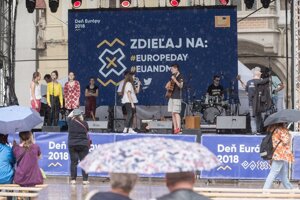 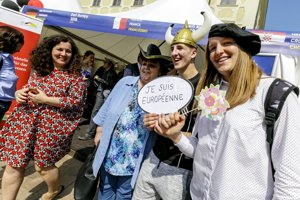 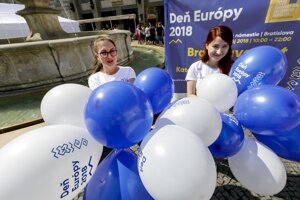 Why do we celebrate May 9?

On May 9, 1950, the then French foreign affairs minister Robert Chuman introduced a proposal to create the European Coal and Steel Community, which would particularly supervise the producers of these strategic materials and help secure peace in Europe. At the time, Europe was recovering from WWII and steel was the most important material for the armaments industry.

The proposal, known as the Schuman Declaration, is considered the beginning of the European Union.