The recent restoration has returned the building its original austere beauty 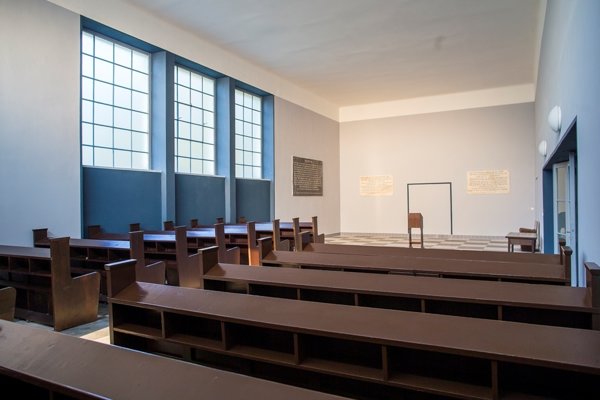 The Orthodox Jewish Cemetery, hidden behind a robust supporting wall on the foothill of the castle hill with a view on the Danube River in Bratislava remains a little known place for many. Despite this, this is another important destination for Jewish pilgrims in Bratislava after the Chatam Sofer Memorial.

“Pilgrims from all over the world come to this cemetery to pray at the graves of great scholars,” explained Maroš Borský, director of the Jewish Community Museum, during a tour organised by the Slovak National Gallery on the occasion of the Architect Friedrich Weinwurm: The New Path exhibition. Weinwurm and his architect partner Ignác Vécsei designed and built the ceremonial hall for this cemetery.

One of the largest

The Orthodox Jewish Cemetery on Žižkova Street is one of the largest Jewish cemeteries in Slovakia. It is 4.4 hectares, with more than 7,000 graves and still used for burials. The Jewish community founded it in 1845, because the previously used cemetery near the Danube was already full. To date, only the part known as the Chatam Sofer Memorial close to the western end of the tunnel close to the River Park development has been preserved.

Men are required to keep their heads covered

Important Bratislava Orthodox rabbis are buried at the cemetary, including the son and grandson of rabbi Chatam Sofer - Ketav Sofer (1815-1871) and Ševet Sofer (1842-1906). Close to their graves are massive tombstones of members of the prominent Pappenheim and Bettelheim families. Three of them are currently being renovated.

Alfréd Wetzler is also buried at the cemetary. Together with Rudolf Vrba, they managed to escape from Auschwitz and were among the first to give a detailed report of the horrors occurring in the concentration camps.

Nearby is the grave of writer Juraj Špitzer. The creator of his tombstone is Fero Guldan, who also designed the metal doors on the Chatam Sofer Memorial.

The QR code at the cemetery entrance board provides visitors with additional information about the cemetery. After scanning it with a smartphone, the visitor receives a digital guide around the cemetery along with cemetery records. Thanks to their digitisation, people living abroad can also find the graves of their relatives.

What belongs to whom?

The Jewish faith greatly respects the dead, with the emphasis on the inviolability of the remains. Cemeteries are mostly owned by the Jewish community, but the gravestones and graves are property of the dead. They should lie undisturbed until Messiah comes.

“Then the righteous will be resurrected and raised from the dead. So their remains must be preserved intact in the graves,” Borský explained.

The funeral ceremony itself is very simple. The body of the deceased is dressed in a funeral shroud and buried in a simple coffin made of unplaned wood, whether a rich or poor person.

The cemetery chapel, which is also called the ceremonial hall, was built between 1928 and 1929 according to the design of architects Friedrich Weinwurm and Ignác Vécsei. Since 1925, both had been working for the Orthodox Jewish community on a Jewish hospital project. 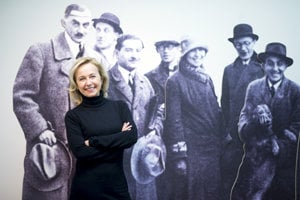 “Both buildings were funded by the same funeral association of Chevra Kadisha, and it seems that it was satisfied with the work of architects,” said Henrieta Moravčíková, architecture historian and curator of the exhibition on the Friedrich’s oeuvre in the Slovak National Gallery. “This is evidenced by appreciative texts about the hospital published in the period press.”