The 2018 edition of the New Drama festival will focus also on Croatian theatre. 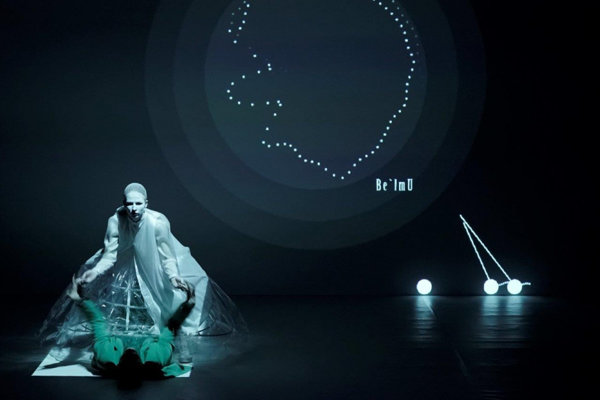 The 14th year of the Bratislava-based festival in which Slovak and global drama works compete for prizes, Nová dráma, will offer ten performances between May 14 and 19.

The patron of this edition is German dramatist Roland Schimmelpfennig.

A novelty of this edition is the non-competitive section The Future Found (Nájdená budúcnosť) which presents projects of the younger generation.

“We want to point to young directors and performers who we believe will rewrite the history of Slovak theatre in the Future,” Vladislava Fekete, head of the Theatre Institute and the New Drama festival, said as quoted by the TASR newswire.

The competition offers a wide variety of theatres, genres and styles, bringing not only Bratislava-based stagings but also those from Nitra and Žilina – and as far away as Rijeka, Croatia. Apart from “pure” drama, some performances also include body theatre, dance and more.

The first play of the festival, on Monday, May 14, will be Lungs by contemporary British playwright Duncan Macmillan, directly related to global environmental themes and presented by the o.z. (civic association) Per. Art. Other pieces include Wow!, a piece by Eugen Gindl and the Debris Company; Cabaret Normalisation, or Prayer for Marta, by Matúš Bachynec and the drama section of the Slovak National Theatre (SND), who are also competing with another play, Elites by Jiří Havelka and the Creative Team; Unbearable Long Embraces (by Ivan Vyrypaev) directed by Eugen Gindl and City Theatre Žilina; Borders_92 by Alžbeta Vrzgula and the Uhol 92 team (within the Future Found section); The Future Game_Subjective Future by Petra Fornayová and the Creative Team; Loves of a Blonde, a play based on a film by Miloš Forman, by SKUTR/Astorka Korzo’90 theatre; Oedipus Rex (Mommie Dearest) by Tomáš Procházka and the Peter Mankovecký Theatre; Postfactotum by Blaho uHlár and the Stoka Theatre; Be Me Be You by Samuel Chovanec and the ASFD Theatre Ašttnnkorazd Fildj; Days Slowly Passing by Werner Schwab-Martin Hodoň and the Gaffa o.z. (Civic association); People, Places and Things by Duncan Macmillan and the A. Bagar Theatre in Nitra; and Unlean by Marta Poláková-Tomáš Procházka and the Laban’s Studio.

In the Focus 2018 section, the HKD Teatar Rijeka will show a Aleksandra Zec piece by director Oliver Frljić.

Beside theatre performances, the festival also organises other events. Within the Theory Event, Croatians Darko Lukić and theatrologist Željka Turčinović will give a lecture, while the drama Three Winters will be performed with the attendance of its author, Tena Štivičić.

The patron of this festival edition is German playwright Roland Schimmelpfennig who “is played by theatres around the world. Here he will open the festival and stay for five days, as our programme has captivated him”, Fekete noted for TASR. He will also give a master-class and attend a presentation of the anthology of his plays in Slovak.

Another traditional festival part is the Triathlon, staged readings of the finalists of the Drama 2017 contest, and a discussion with the jury about the competing productions.

The performances – with English subtitles – take place in three Bratislava theatres and five other venues of alternative culture. More information can be found, also in English, on the festival website.