It seems that the May 15 announcement of President Andrej Kiska not to run for re-election has prompted several parties and individuals to vie for this post. 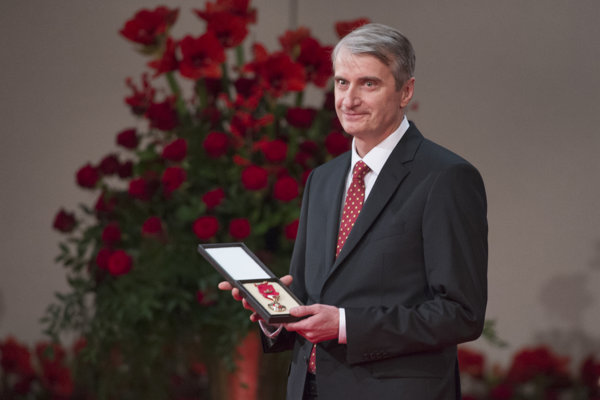 Researcher Robert Mistrík announced on a social network on May 15 that he would run for a president. He added he would campaign as non-partisan, independent candidate.

“After today’s announcement by President Andrej Kiska, I am determined to run in 2019 for the position of president of the Slovak Republic, as a non-partisan candidate,” Mistrík wrote, as quoted by the TASR newswire. “At this important time, I feel the need to continue fighting for the character of the state, and for European values. I will reveal the details about the candidacy in the course of June.”

Mistrík was already being mentioned in connection with the presidential election, the opposition Freedom and Solidarity (SaS) party alleging to support him. Mistrík is a former SaS member.

“The SaS party will comment on the issue of the presidential election and potential support of the candidates after the May session of the party republic national council,” SaS spokesperson Katarína Svrčeková said, as quoted by TASR.

SaS vice-chair Ľubomír Galko added for TASR that he would personally push for the party to support Mistrík, and to look for anyone else.

“I think that he would represent Slovakia very well at home, and also abroad,” Galko commented. “He is a spotless person with a powerful life story and great sense of justice.”

Other possible candidates who have shown interest in the presidential position are Radovan Znášik, security analyst Juraj Zábojník and political analyst and lecturer Eduard Chmelár. Allegedly, Supreme Court justice Štefan Harabin also expressed interest. Financier Imrich Béreš declared the intention of running for president, but his later comments implied that he would ultimately not run.