SNS and Most-Híd clash over transporters

I thought the SNS would be more professional and fair at the Defence Ministry, said State Secretary Róbert Ondrejcsák. 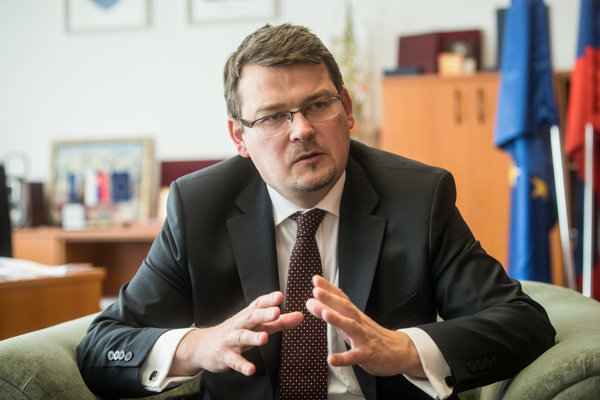 Two junior coalition partners have clashed over the dubious procurement of 8 x 8 military transporters at the Defence Ministry. The conflict peaked after Róbert Ondrejcsák, nominated by Most-Híd as the state secretary (deputy minister) at the Defence Ministry, controlled by the Slovak National Party (SNS), criticised the SNS nominees for their conduct at the ministry. In an interview published by the Sme daily on May 12, Ondrejcsák complained that he did not have access to details of the planned purchase of the 8 x 8 transporters from the Finnish company Patria.

The first reaction of the SNS came from its MP Anton Hrnko, who called on Ondrejcsák to be dismissed from his post. But on May 15, Most-Híd leader Béla Bugár and SNS leader Andrej Danko met to discuss the issue, and neither of them mentioned that Ondrejcsák should go.

Minister Gajdoš did not satisfy MPs

On May 15, the parliamentary defence and security committee, presided over by Hrnko, discussed the procurement that has raised yet more questions in the past two weeks. There are allegations that SNS nominees at the ministry might have designed the procurement so that the companies close to the party would profit from it.