Night at the museum lures visitors

On the third Saturday of May, museums and galleries across Slovakia offer night tours, theatre performances, exhibits and more. 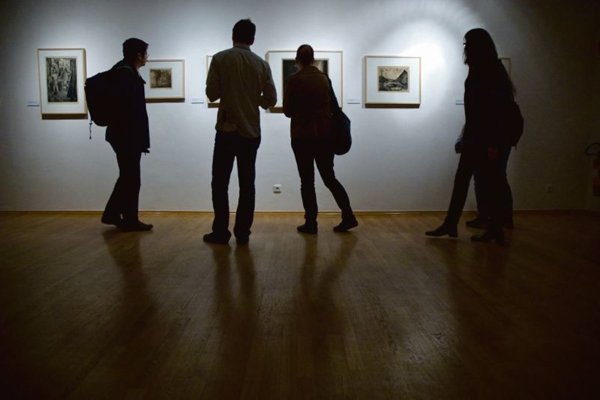 Programme for the Night of Museums and Galleries

Here you can find complete programme for this year.

This year, Slovak museums and galleries will join the Europe-wide event Night of Museums and Galleries for the fourteenth time.

Late into the night the attractive accompanying programme will lure visitors to the exhibits of more than 60 institutions and 100 geographical localities around the entire country, Zuzana Vášáryová of the Slovak National Museum (SNM) informed.

The event is traditionally organised by the Association of Museums in Slovakia (Zväz múzeí na Slovensku, ZMS) in cooperation with the SNM, the main coordinator of museums and galleries in Bratislava and the Bratislava Region (BSK).

Coordinators in the capital and in the region have prepared free public transport, a unified admission fee of €2 (to be paid only in the first venue visited), common presentation and media activities, competitions, etc.

In and around Bratislava

Visitors will be able to enjoy less traditional, intriguing activities from morning till midnight, organised by the museums and gallery staffers from Bratislava to the Small Carpathians, Senec and Malacky. More information can be found at the snm.sk and nmag.sk websites.

This year in the Bratislava Region, two festivals will also take place: the BraK (Bratislavský Knižný Festival, (Bratislava Book Festival) which presents the crème de la crème of book illustrations in several of the capital’s galleries, and the WhatCity? Na Mickiewičke – a festival aimed at connecting and improving the community and cultural life of locals. The exclusive curator tours of the Slovak Design Museum and other activities will also be offered.

The Bratislava City Gallery offers a programme for families with children (at 15:00, in Mirbach Palace), and night tours of the museum, until 22:00.

The staunch participants of the Night of Museums and Galleries – almost 40 of them in Bratislava Region – will join the Museum of Customs and Financial Administration (to be visited, possibly together with the museum of Croatian Culture in Slovakia, with a historical train in Devínska Nová Ves) for a Mini-Exposition of Mining and processing of Shale in Marianka. Other venues offering special programmes on this night are the Petržalka Fortification Bunkers dating back to World War II with a period programme, a light show on the Old Town-Hall in the capital, thematic tours around Pezinok (organised by the Small-Carpathian Museum in Pezinok) and a night walk around the Schaubmar Mill venue of the Slovak National Gallery for children and families.

Museums and galleries outside the capital and the Bratislava Region are also participating. Košice will join in on the fun, while institutions in Banská Bystrica and Zvolen will coordinate their programmes as they share a transport connection.

In 2018, museums and galleries in Nitra and Kremnica have joined forces for the first time.

Generally, regional museums and galleries focus on presenting the specifics of their due region through traditional forms like workshops, craft demonstrations and folk habits.

The Trnava-based Ján Koniarek Gallery attracts visitors with free tours of both venues, Kopplova Villa and Synagogue, while the museum in Galanta offers a beer tasting, the Piešťany museum an exhibition on legionnaires, and the Agriculture Museum in Nitra a ride on the local historical field railway. Other western-Slovak venues attract people with falconry shows, theatre, the presentations of guilds and crafts, and screenings of movies about historical figures.

In the Banská Bystrica Region, events on offer include the air-raid bunker under the Fiľakovo Castle, the history of glassworks in Lučenec, a search game in Banská Štiavnica, and the museums of medals in kitsch and skiing in Kremnica.

In the Košice and Prešov Regions, Košice executioners will be scrutinised, the Jozef mine in Gelnica will be open for the public, and the Rožňava museum will prepare a series of events, including a mining train ride on May 19. The Lomnica Gallery even offers vintage car rides, live statues, and more. The Slovak technical Museum in Košice has organised workshops on salt mining and origami, plus theatre performances and an interactive scientific centre will start on this night.

The Tatra Gallery in Poprad offers workshops, a theatre performance and concert, while in the Gallery of Spiš, the Artists in Spišská Nová Ves event will revolve around its current exhibition Soody Sharifi: Maxiatúry / Moslimské tínedžerky (Maxiatures / Muslim Teenagers) which examines Arabic and Oriental culture.

Many museums around Slovakia will also commemorate the 100th anniversary of the establishment of the first joint republic, Czechoslovakia, in 1918.