The wooden tower will have two floors with an exposition for visitors, as well as a tunnel. 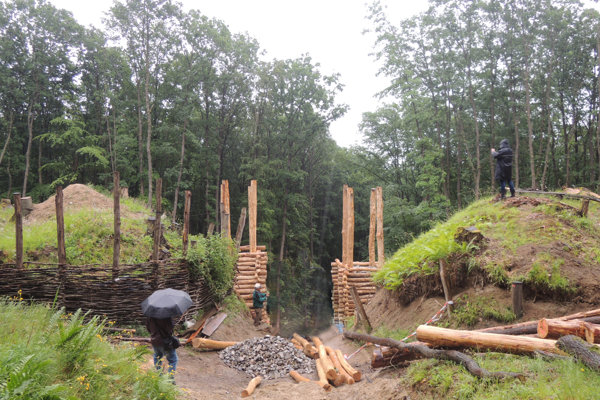 The largest Slavic gate in Central Europe found to date, located in the forest behind Bojná village near Topoľčany, has been reconstructed.

Archaeologists have rebuilt the gate from the 9th century at the spot where its outside walls stood. It will consist of an 11 metre tall wooden tower and a seven metre long tunnel behind the gate. There will also be an exhibition, which will partly focus on Slavic weapons.

The overall width of the reconstruction will be about 12 metres. The gate in the past stood above the entrance to a Slavic fortress, and the tunnel was a safety feature.

“If the attacker succeeded in entering the fortress, the defenders could protect it from the higher position of the gate construction,” explained Karol Pieta, the director’s deputy of Archaeological Institute of SAV in Nitra, as quoted by the SITA newswire.

The gate in Bojná is the largest found Slavic gate in central Europe. There are two other reconstructions of such gates in Central Europe, in Austrian Gars-Thunau and Czech Chotěbuz.

The investor of the construction is Bojná village, which gained finances from the Ministry of Culture.

“We wanted to create a real reconstruction that would present the building art of Slavs, who dared to build monumental constructions using stone, wood and clay,” said Pieta for SITA.

Archaeologists managed to find various wooden features when researching the eastern gate that carbon dated to the 10th century, well preserved underground due to being charred by fire, which changes the structure of the outer wood to protect the inner wood.

The gate should be under reconstruction until the end of May, then the exposition for visitors will be added, and it will be open for Cyril-Methodius celebrations at the beginning of July. 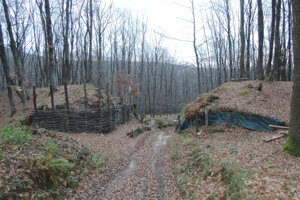 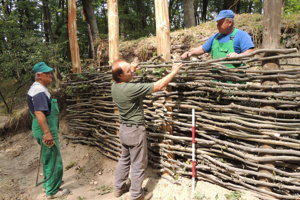 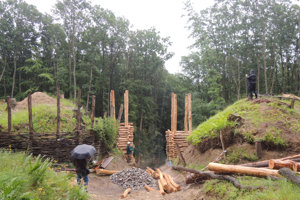