Remnants of the barbed-wire fence recall a totalitarian past

The last fragments and replicas of the physical Iron Curtain are in Devínska Nová Ves and Petržalka. 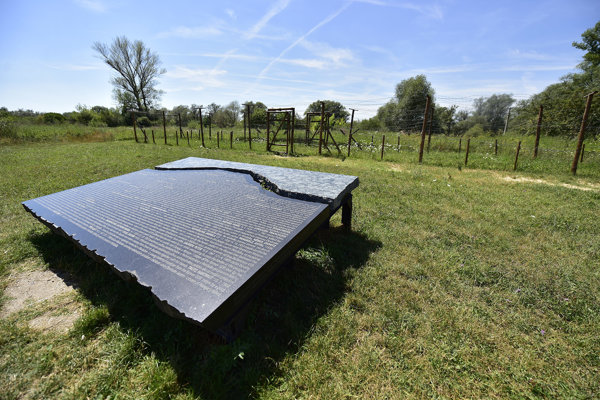 The memorial and replica of the barbed-wire fence and several tank barriers (Source: Courtesy of BSK)
Font size:A-|A+56

Almost 30 years have passed since the Iron Curtain fell. Now only its remnants recall Slovakia’s fenced-in, totalitarian, past. So that people, especially young people, do not forget that freedom is not a matter of course, replicas of the physical Iron Curtain have arisen on the Slovak-Austrian borders.

One of the latest was built in Pečniansky Forest in the Bratislava borough of Petržalka near the B-S 4 Lány bunker not far from Lafranconi Bridge over the Danube River, easily accessible by bicycle.

Prior to 1989, ordinary people without special permission were not only able to come so close to the border, but if they had attempted to cross they would have risked imprisonment or even their lives. Today white-red stones are evidence of the border’s exact line and anyone can go and see how the fields of the former regime’s enemy looked. 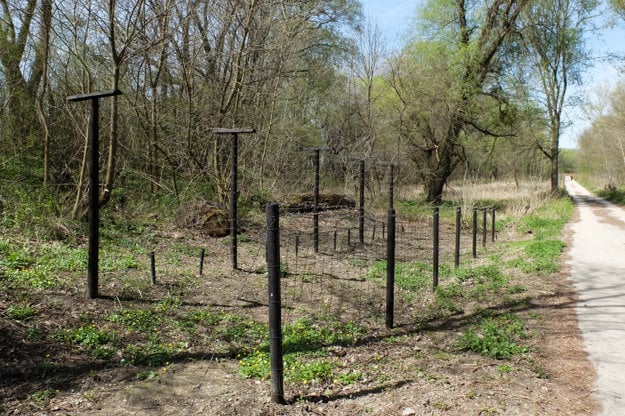 One of the latest replicas of the barbed-wire fence was built in Pečniansky Forest in the Bratislava borough of Petržalka near the B-S 4 Lány bunker. (Source: Jana Liptáková)

“We built the barbed-wire fence based on period photos and illustrations of former members of the Border Guard,” said Martin Kubala, chairman of the Múzeum Petržalského Opevnenia (Czechoslovak Fortification Museum), a group of military history fans operating a museum in the pre-WWII bunker.

They built the fence replica in cooperation with the Bratislava Self-governing Region within the Petržalka Fortifications cycling route. It interconnects the Iron Curtain Trail EuroVelo 13 and the Atlantic–Black Sea EuroVelo 6 international cycling routes.

The fence is approximately located in the original site, even though the first lower fence used to be on the opposite edge of the asphalt road and the distance between the fences was greater. They had to adjust the replica to the free space and the vicinity of the cycling route.

Even these few metres of barbed-wire fence and the Slovak-English-German information table with historical photographs are enough to evoke the idea of ​​how it once looked on the Slovak-Austrian border.

After WWII, the Iron Curtain divided Europe into a sphere of Soviet influence and a sphere of influence of the democratic powers of the United States, Great Britain and France. It ran across the continent from the Baltic Sea down to the Adriatic. Its Czechoslovak section was 920 km long, of which the Slovak section measured 106 km.

The physical Iron Curtain at the Slovak-Austrian border began to grow shortly after the coup of February 25, 1948. While the communist powers presented it as a defence against the military threat from the West, its role was to prevent the free movement of people, especially their emigration to the West. Its form and intense security changed over the years.

“The first wire barriers were built in 1949 on the so-called Bratislava beachhead, which was the dry border with Austria [the Slovak-Austrian border also includes the middle of the Danube and this part is called the wet border],” said historian Ľubomír Morbacher, who when working for the Nation's Memory Institute, participated in building a model of the Iron Curtain in Devínská Nová Ves, part of Bratislava. 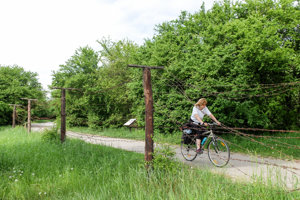 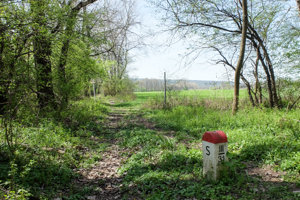 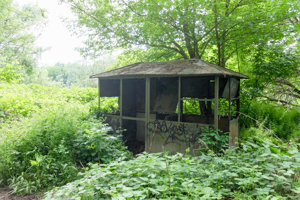 Remnants of the Iron Curtain (8 photos)
Sorry, you have just exceeded the allowed number of devices
This subscription grants access to the locked content of Spectator.sk and SME.sk for only one person through a maximum of three different devices or browsers.
To continue reading the article on this device, please update the list of devices in the profile settings.
Administer devices
You can read everything about device settings here.