Wilson was a visionary, a peacemaker and a friend of Czechoslovakia, so much so that the Slovak capital came close to being renamed Wilson City 100 years ago. 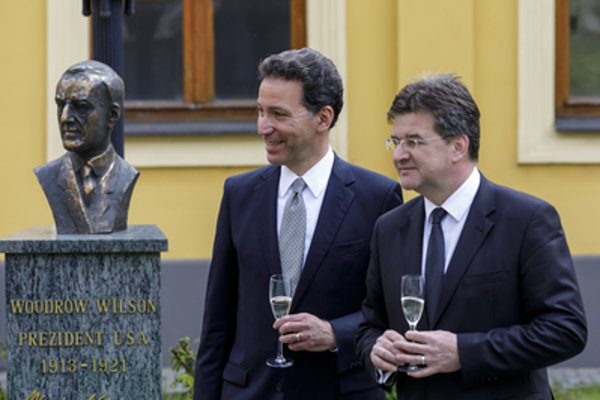 The legacy of Woodrow Wilson, 28th US president, represents one of the key symbols of American-Slovak friendship, Foreign Affairs Minister Miroslav Lajčák said in his speech marking the unveiling of a bust of Wilson on the ministry premises.

“His visions of peace, support for free trade and open diplomacy, based on equal treatment of all nations regardless of their size, contributed towards the foundation of an independent and democratic Czechoslovakia [in October 1918],” the minister said during the ceremony on May 18, as quoted by the TASR newswire.

The head of Slovak diplomacy summarised Wilson’s contributions as three-pronged, describing Wilson as a visionary, a peacemaker and a friend of Czechoslovakia. 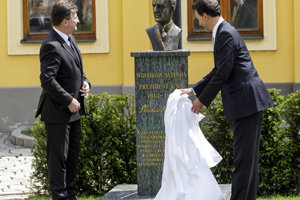 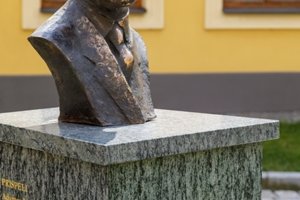 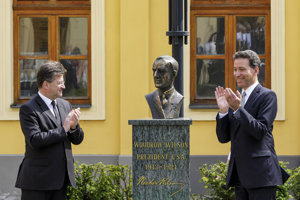 “A key role in the path towards an independent state for Czechs and Slovaks was undoubtedly played by the friendly ties between Woodrow Wilson and [first president of Czechoslovakia] Tomáš Garrigue Masaryk,” Lajčák noted and cited Masaryk’s message to the American nation: “Don’t forget that we share the same values and principles. Don’t forget us, and we’ll never forget you."

The unveiling of the bust is confirmation of Masaryk’s words, according to the Slovak minister.

“We in Bratislava haven’t forgotten even 100 years later,” Lajčák remarked, as quoted by TASR.

Wilson was convinced that the Atlantic Ocean did not pose any obstacle to developing relations but rather served to unite nations sharing the same values in the civilisation that is currently known as the West, said US Ambassador to Slovakia Adam Sterling.

Aside from the bust, there is a street named after Wilson in Bratislava and a memorial plaque displayed at the Pálffy Palace.

Originally called Pressburg, the Slovak capital came close to being renamed Wilson City 100 years ago. The unveiling of the bust is part of the commemorations of the 100th anniversary of the establishment of an independent Czechoslovakia as well as the 25th anniversary of the founding of the modern Slovak state.