The extremist ĽSNS party drafted a bill limiting abortions in Slovakia, creating an awkward situation for the Church. 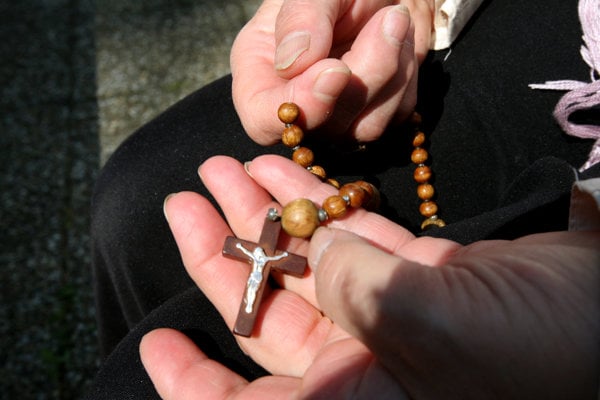 Shortly after the March For Life took place in September 2015, Archbishop Stanislav Zvolenský sent a letter to MPs calling on them to limit abortions through a law. Recently, the extremist ĽSNS party of Marian Kotleba filed a draft bill to limit them, but the Conference of Bishops of Slovakia does not want to advise the deputies on how to react to it.

The ĽSNS draft bill bans abortions with the exception of cases when the mother’s life is threatened, she has been impregnated as a consequence of a crime, or genetic damage of the fetus can be medically-proven.

Some of the conservative personages supported the draft publicly, too, like Jozef Mikloško of the Úsmev ako Dar (Smile As a Gift) non-profit organisation and Vladimír Krčméry, Rector of the St Elisabeth College of Health and Social Sciences.

Other personalities consider it a crime and cite the notion that one should not vote with the fascists.

“They use the non-Christian extremist agenda of ĽSNS as a means to – albeit partially – assert their narrow confessional goals that are not beneficial for the whole society, which is unambiguously a sin,” Evangelical theologian Ondrej Prostredník opines.

In some countries like Germany, it is common that extremist parties are ignored in parliament, none of their proposals are voted for, and they are not elected to leading positions in parliamentary committees.