But support for the EU is on the rise. 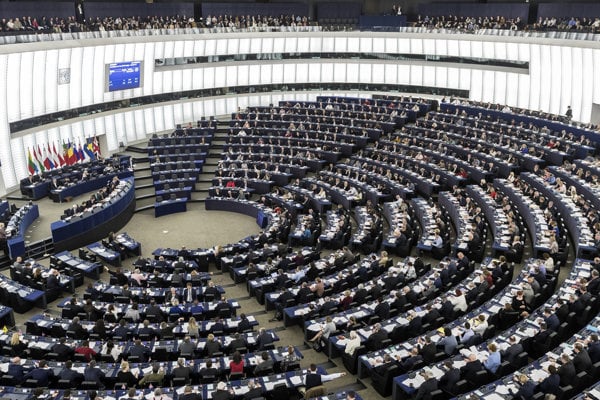 Slovaks are showing only a little interest in the upcoming elections to the European Parliament, scheduled to take place in May 2019. Only 30 percent of respondents to the latest Eurobarometer survey said the elections are interesting for them, while 68 percent said they do not care about them.

There are several reasons why people will not be attending the EP election. As many as 54 percent are convinced that their vote will change nothing, while 48 percent do not care about politics and elections in general and 47 percent say they do not trust the political system.

EU support on the rise

The survey also suggests that the trust of citizens in the EU is growing.

“Slovakia’s membership in the EU is considered a good thing by 60 percent of surveyed Europeans, while 12 percent perceive it negatively,” said Róbert Hajšel, head of the Information Office of the EP in Slovakia, as quoted by the TASR newswire.

As for Slovaks, 50 percent of them view the EU as a good thing, while 7 percent perceive it negatively.

“Slovakia benefits from the EU, according to 77 percent of Slovaks,” Hajšel said, as quoted by TASR, adding that the EU average is 67 percent.

The survey also shows that 31 percent of Slovak respondents think that EU development is going in the right direction, while 48 percent think the opposite. Only 22 percent of Slovaks have a positive approach to the development of their own country. The only ones with lower scores are Spaniards, Greeks and Croatians.

Some Slovaks attend no elections

One-quarter of Slovaks said they have been regularly attending elections at any level, with the average in the EU being 50 percent. When asked why Slovaks have not attended any elections in the past five years, 23 percent said it was for ideological or political reasons, while 43 percent claimed technical or personal reasons.

“I consider it good that the results give hope for an increased participation in the EP elections,” said MEP Pál Csáky, as quoted by TASR.

MEP József Nagy says there is a difference between the EU and Slovak systems.

“However, it is not the question of the recent years,” Nagy said, as quoted by TASR. “We have a long-term problem in Slovakia which also impacts the view on the EU.”

MEP Monika Beňová does not think that online voting would increase the turnout.