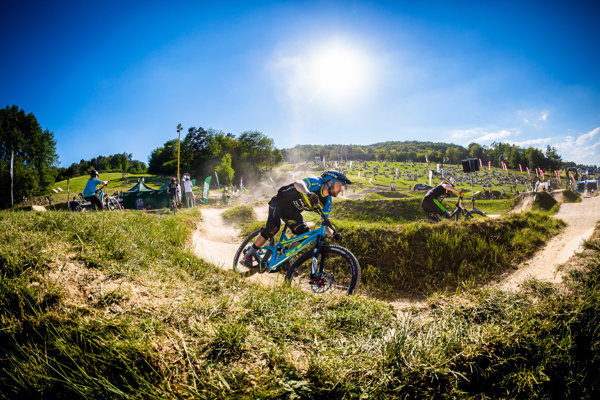 Professional and hobby cyclists will meet at the biggest cycling festival in Slovakia. Held in the village of Kálnica, near Nové Mesto nad Váhom (Trenčín Region), the eighth year of BikeFest will host two races of world format on May 25-27.

One of them is the traditional CTM Enduro Race, which unlike previous years will serve as the Enduro World Series qualifier event. At the same time, it remains part of the Enduro Central European Series.

Lovers of acrobatic performance are invited to come on May 26 to watch the Garmin Slopestyle race. It is part of the Freeride Mountain Bike World Tour, with bronze status. Cyclists from various parts of Europe will come to demonstrate their skills.

Another new item on the list is the track for the night dual slalom that will be more technical and will increase the safety of both cyclists and spectators.

Visitors to the May 27 races can enjoy the traditional Kellys BikeFest Marathon with three circuits: long (49 kilometres), middle (23 kilometres) and family (6 kilometers). Also e-bikes will be on the starting line in the Pedelec and Open categories.

In addition, professional competitors fighting for points in the Deaf Europe Mountain Bike Cup will participate in several disciplines.

There will also be more than 400 bicycles of various brands offered for testing, as well as an additional programme for families, the organisers wrote in a press release.

To increase the comfort and safety of participants, the organisers of BikeFest decided to make several organisational changes.

At the same time, to reduce the traffic, they will also charge for parking (with €5) and have organised a shuttle service. The buses will run between Nové Mesto nad Váhom, stop near the industrial park in Rakoľuby (where there will be additional free parking) and the Kálnica Bike Park, the organisers informed.

The entrance to the fest is free.