Popularity of Slovakia as a tourist destination increases

Last year the number of tourists was equal to the country’s population. 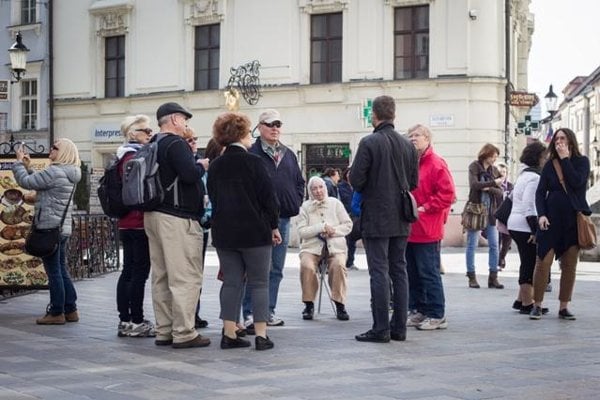 A record number of both domestic and foreign tourists – 5.4 million – visited Slovakia last year. This was an increase of 7 percent compared to 2016. Slovak tourists – 3.2 million, made up 60 percent of the total, the Transport and Construction Ministry has informed.

Transport Minister Árpád Ersék (Most-Híd) believes that the successful tourism season shows that this sector has been developing in a good way in Slovakia.

“At the same time this puts more demands on us to continue to improve our services and offer innovations that drive the world forward,” said Ersék, as cited by the TASR newswire. “Only in this way can we keep up with our competitors.”

Czech visitors topped the list of foreign tourists (more than 645,000), followed by Poles (more than 209,000), Germans, Hungarians and Austrians. The ministry pointed out that the number of tourists from China exceeded 61,000 last year, which is twice as many as in 2016.

The most attractive Slovak towns and cities and their surroundings were Bratislava, Poprad (Prešov Region), Liptovský Mikuláš (Žilina Region), Košice and Žilina.