For Lucia Okoličányová, Nordic walking has become her love of life and philosophy 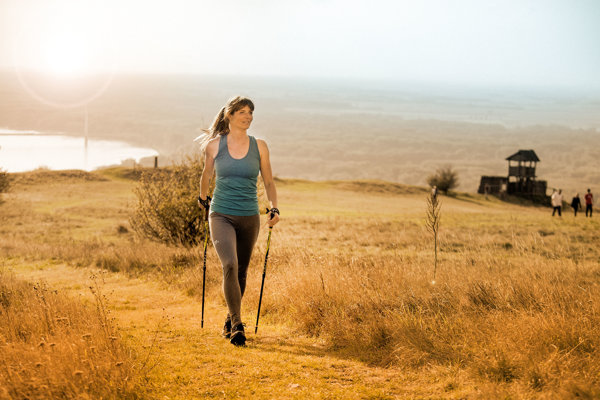 Lucia Okoličányová came across Nordic walking when as a former top athlete she was looking for how to avoid another knee surgery and cure for a slipped disc. While it did not give her a brand-new anterior cruciate ligament, this walking technique strengthened her inner muscles so much that no further surgery has been needed.

Since then Nordic walking has become her style of life. She quit her job as the vice rector of the Academy of Fine Arts and Design, moved from Bratislava to the High Tatras and became an enthusiastic promoter of this beneficial activity. The Slovak Spectator spoke with Okoličányová about Nordic walking, her path to this activity and more.

The Slovak Spectator (TSS): Is it true that Nordic walking was established at a cross-country skiing world championship in Finland when there was no snow?

Lucia Okoličányová (LO): Ski-walking, which means walking with ski poles, had been used for the summer training of skiers already from about the 1930s, so it was nothing completely new. But this championship was a kind of breakthrough. At that time, Tuomo Jantunen, the competition’s director, with respect to all the energy already invested from the side of the organisers as well as the competitors into the preparation of the competition, decided to have it without skies, only with ski poles. And they realised that this is not an easy activity at all and how many skeletal muscles were involved. Testing of its benefits and the development of the proper technique followed. 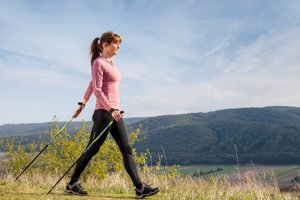 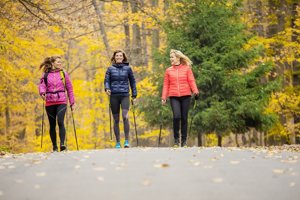 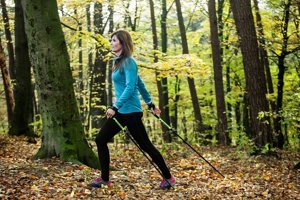 TSS: Is Nordic walking a sport or physical activity?

LO: I call it curative physical activity. It has an enormous number of benefits. When walking, the walker uses more than 90 percent of their skeletal muscles. It tones the upper and lower body at the same time and it is great for the cardiovascular and lymphatic systems. It is also a great way to lose weight. Besides this, it combines exercise with nature, which boosts a person’s mood.

Actually, there are three levels at which Nordic walking can be done. The first one – wellness – basically serves physiotherapy. Fitness is performed by ordinary people and the sport level includes those who do it as sport and those who compete. Within our association we focus on the fitness level.

TSS: How did you start with Nordic walking?

LO: I grew up in an athletic family and did sport at the top level when I was young. But during the previous communist regime we did not know very much about proper nutrition, physiotherapy or regeneration and I began to have health problems. My orthopaedist sent me to have a third knee surgery and my arms were numb because of a slipped disc. I was looking for a way to avoid surgeries and I came across Nordic walking. It did not give me a brand new anterior cruciate ligament, but through this walking technique I strengthened my inner muscles so much that no further surgery has been needed.

Thank you for singing up. Shortly an email will be sent to the address you provided to verify your e-mail.
Error! Please try to register again later, your e-mail was not registered.
Your email is not in a correct format.
Please confirm you are not a robot.
Share on Facebook (171)