Want to fly a Boeing? 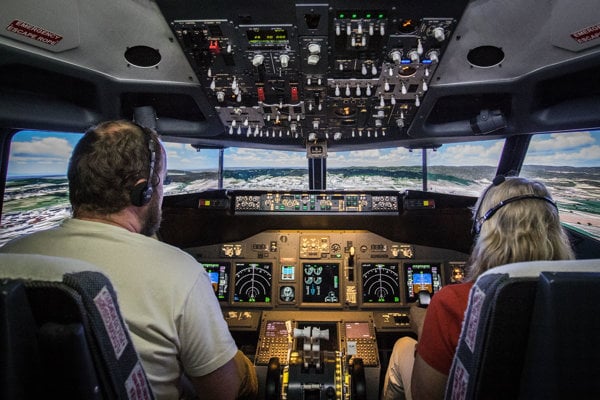 Flying has fascinated mankind from time immemorial. That is why books and movies about air disasters or miraculous aircraft rescues are so popular. Often in these works an absolute amateur can, after brief instructions from the control tower, save a large passenger plane and land safely.

“In reality, however, any layperson, even with instructions from the tower, would not manage to safely land such a big plane,” said Pavel Bayer, founder of the Simulator Centre.

Flying and airplanes have fascinated Bayer since he was a little boy. However, because he took over a small family business engaged in a different business sector, he did not have time and the possibility to become a professional pilot. He was flying only on computers. Later he built his own flight simulators, which already contained control wheels and pedals like on a real plane. When he began to run out of space at home, he thought of putting together a simulator that could also be used for the professional training of pilots. And from there, it was only a short step to the idea of ​​building a simulator on which the general public could fly.

“The general public can fly on flight simulators in Prague, Vienna, Budapest and Győr, so we said why not in Bratislava?” Bayer recalled the beginning of the Simulator Centre.

They opened the centre in 2016. Today they have two simulators – for the bestselling Boeing 737 and the popular small twin-engine Piper Seneca. They are exact copies of their cockpit interiors, including the control wheels, knobs, switches, buttons and monitors.

Both are fixed-base. i.e. static simulators since full-motion devices simulating the real movement of aircraft are considerably more expensive. 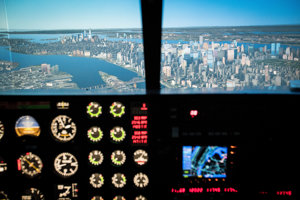 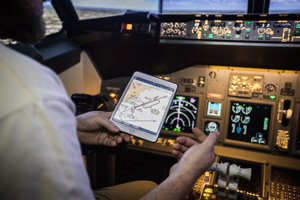 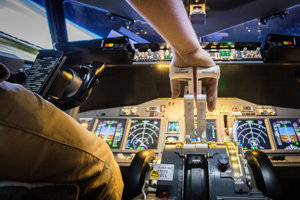 “This is then reflected in the price for flying,” said Bayer, adding that in Prague, where such a full-motion simulator is located, those interested will pay several hundred euros to flying one hour. In Bratislava it is about €130.

The simulator is also widely used by professional pilots when preparing for an interview to work as an airline pilot or as a so-called mock-up simulator, i.e. for training to become a Boeing 737 pilot. They learn procedures on what to do before and during a flight.