This combination creates the new cross-border project SacraVelo which enables cyclists to visit churches, chapels and other religious sites in the Slovak-Hungarian border areas. 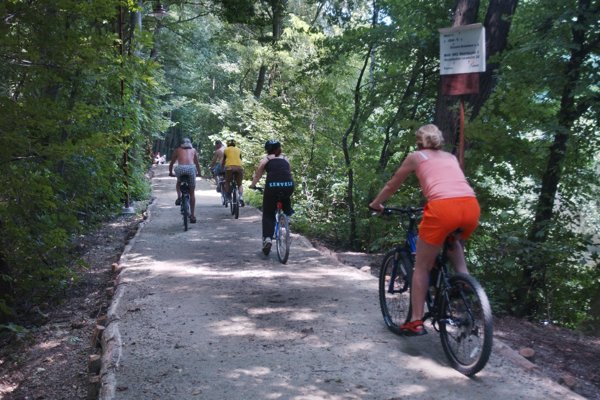 A unique cross-border tourism project, SacraVelo, will complete the EuroVelo network of international cycling paths. The goal is to offer cultural heritage, sacral values and use the natural environment in the Hungarian-Slovak cross-border area which covers four regions along the Danube river, spokesperson for the Bratislava Region (BSK), Lucia Forman, told the TASR newswire on May 27. 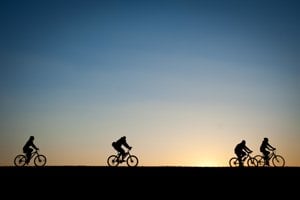 Where the routes will lead

SacraVelo covers the territories of the Bratislava and Trnava regions on the Slovak side, and the Raab-Mosony-Soprony and Komárom-Esztergom regions on the Hungarian side. By developing the network of cycle paths, building cycling centres in the Hungarian village of Szil and the Slovak village of Báč and by creating new cycle paths, a new Slovak-Hungarian tourist attraction will appear, connecting sacral values in the cross-border region.

“Pointing to the sacral and nature values of the territory along the Danube, as well as learning about them, supports the development of culture, sport and a healthier lifestyle,” BSK governor Juraj Droba noted.

With new tourist signage, cyclists will get information on the accessibility of important sacral monuments – i.e. churches, synagogues or chapels lying along the cycling paths. A digital application will also be created which will give detailed information on the monuments. The religious communities were also addressed, and they helped identify the marked sacral monuments in the Bratislava Region.

The biggest investment activity of the Bratislava Region in the SacraVelo project is the newly-built cycle path on the Šúrsky Kanál (Šúr Channel) embankment which leads from the road to Čierna Voda (III/1082) across the Šúrsky Kanál bridge in Ivanka pri Dunaji. The construction site has already been opened to the builder and the cycle path should be ready by this autumn, TASR wrote.