The selection of events not to miss in various regions around Slovakia next month, from folklore to sports to musical culture. 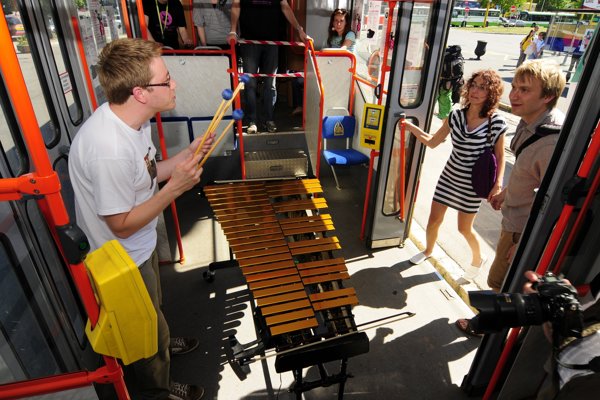 Admission: free for onlookers, registration of runners over.

The Use the C!TY festival annually attracts thousands of people to look at Košice from a different perspective, to admire Slovak and foreign performers and artists bringing new life to city corners and niches, and to enjoy theatre, music, dance, architectural interventions and art performances that change the city’s face – including crocheting “graffiti”, “Legal graffiti”, a plain air painting demonstration, unplugged concerts in trams No 6, live concerts in the city centre, a skating show, game challenge extra, circus parade, fashion show, and more.
Admission: free.
More information at www.usethecity.sk.

The 20th year of the festival that brings together puppet and alternative theatre schools and academies of the Visegrad Group (Slovakia, the Czech Republic, Poland and Hungary) presents not just the works of academies from Bratislava, Prague, Wroclaw, and Budapest but also from the Academy of Arts from Osijek (Croatia) and theatres: Lalka from Warsaw, Divadlo Lampión from Kladno (Czech Republic), Divadlo Drak from Hradec Králové (Czech Republic), Dezorzovo Lútkové Divadlo from Bratislava, MarkusZínház from Pécs (Hungary) and Theater der Jungen Welt from Leipzig (Germany). The festival also includes exhibition openings and concerts. The leitmotif is to commemorate theatres and ensembles which were the first to participate in the festival.
More information and tickets here. 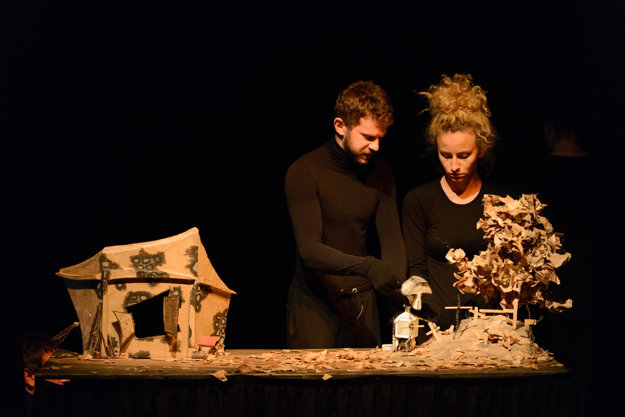 The 26th year of this Slovak film festival will bring a wide selection of cinematography, genres, stars, etc., from feminist westerns through original horror movies to independent US films, comedies and satires, including a selection of “fateful films” by Slovak/Czech filmmaker and festival organiser Fero Fenič. Admission: various, from €6 (for one film) to €35 (for festival pass).
More information at artfilmfest.sk.

The jubilee 10th year of the popular One Day Jazz festival offers seven concerts in various venues. The concerts outside the capital include the Lionel Loueke Trio featuring Daniele Camarda & Martin Valihora (US/IT/SK) and the Slovak Ľubomír Gašpar Cimbal Project at the Amphitheatre in Banská Štiavnica; Chris "Daddy" Dave & The Drumhedz (USA) at Hotel Galileo in Donovaly (June 23), and the same composition of players at the City Theatre in Žilina on June 25. Musical innovator Chris Dave returns to Slovakia after four years; his performance at the 2014 spring edition of the festival garnered much acclaim.
Admission: €15 (Banská Štiavnica), €35 (Donovaly), €18 (Žilina),
Tickets at ticketportal.sk.
More informaiton: www.onedayjazz.sk

The Festival of Art Banská Bystrica (Festival Umenia Banská Bystrica) brings a host of mainly Slovak performers in various concerts and events, like the bands Desmod, No Name and Fragile, singers Kristína, Richard Müller, Jozef Hollý & Band, as well as rapper Majk Spirit and H1 6.
Admission: various, from €18 (one concert), through €38 (all events in amphitheatre) to €58 (festival pass).
Tickets at ticketportal.sk
More information: http://www.fubaby.sk/#/about.

The international urban festival of folk dance, music and singing, Cassovia Folkfest presents the traditional culture of the Košice Region – as well as that of Slovakia and some European countries – through folklore performances, craft market, exhibitions, events for children, an attempt for the record number of people dancing the traditional Karička dance, etc.
Admission: free for outdoor events.
More information: http://www.folklorfest.sk/7148-cassovia-folkfest-2018-kosice-/

Within the In Castle project that brings performers and cultural events to the Sereď Castle park and amphitheatre, the popular signer/composer of Balkan music whose works are an eternal part of many renowned films, Goran Bregović, comes back to Slovakia with his Wedding and Funeral Band. They will play as part of their current tour, marking the release of the Three Letters From Sarajevo album.
Admission: €14-€19,
Tickets here .
More information: (in Slovak) www.amfiteater.sered.sk. 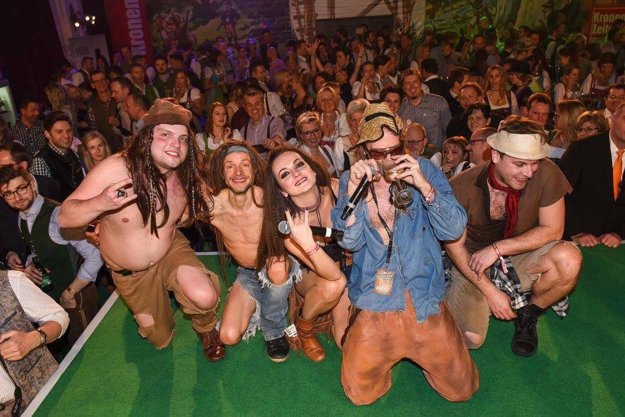 The 64th year of the traditional folklore festival in the village of Východná (near Važec, in the Liptov area of Žilina Region) will focus on Slovak wedding traditions, songs and dances, as well as match-making, dating, engagement, and pre-wedding rituals.
Admission: various, from €4 (entrance to the complex) and €10 (one event), to €35 (adults, for the whole festival).
Tickets at ticketportal.sk.
More information, http://www.festivalvychodna.sk/en/.