The Bombardier TRAXX engine will drive at 160 km/h. 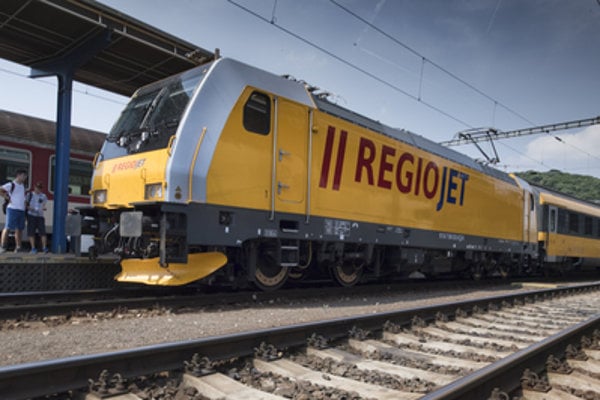 The private carrier RegioJet is buying four Bombardier TRAXX engines, recently made in Germany, from Canadian producers, and 16 Astra carriages from a Romanian producer for their international lines between Prague and Bratislava, Vienna and Košice.

The first yellow train drawn by the Bombardier TRAXX engine arrived in Bratislava on Monday, May 28. The engine passed the two-week test in difficult conditions. RegioJet will start using the engines on the Bratislava-Prague route. Later, it also wants to use them on routes connecting Prague with Vienna, Košice and Žilina, the carrier informed the SITA newswire. 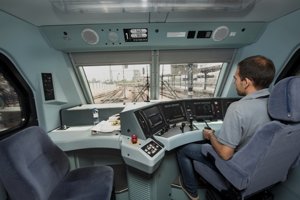 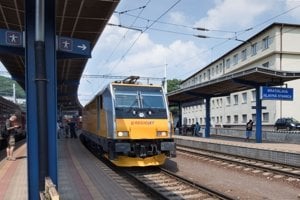 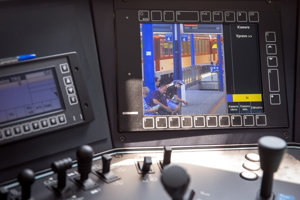 RegioJet is the first carrier to use this type of engine in the Czech and Slovak republics, it claims.

“New more-system engines have been made for the speed of 160 km/hr, and are known mostly for their high reliability in operation," spokesman of RegioJet, Martin Žarnovický, told SITA. “Engine-drivers praise them for their stability on the rails,” he noted, adding that during summer, two more Bomardier TRAXX engines will be added to the two that have started operating already. For the future, they may even consider buying some more engines, Žarnovický summed up. Apart from these, RegioJet will continue to operate the current Siemens Vectron engines.

RegioJet has also taken over from the producer of the first two of the planned 16 Astra engines and has started putting them gradually into operation, thus increasing the number of active engines from the current 10 to 26 in the future and applying them on all existing lines, SITA quoted the spokesman.

“A new train is slated to be launched from September on, to ride daily from Bratislava (leaving at 8:45 from Prague, and 17:21 from Prague back to Bratislava), increasing the total number of connections between the two capitals to four a day,” Žarnovický concluded.