When I realised I’d been wrong about the Cervanová case, I couldn’t sleep

Our failure was that the theory about the innocence of the condemned men was introduced to us by people who had already been their friends. 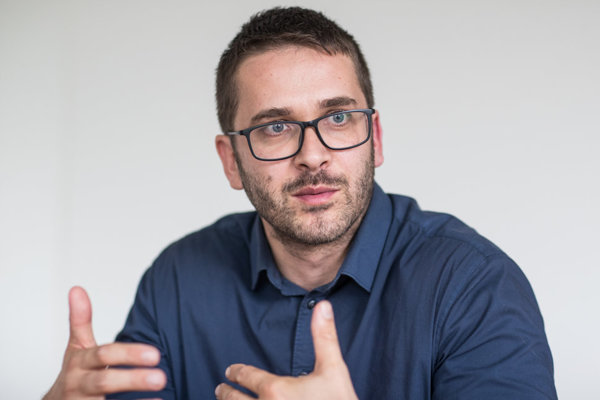 When journalist Martin Hanus found out that his knowledge about the Cervanová case had been incomplete, he started looking at the archives. The things he found were enough to persuade him that he had been wrong all along. He now published a book to share what he found.

Why have you started investigating again, after years when you were convinced that the seven men from Nitra in connection to the Cervanová case were innocent?

MH: When I returned from Italy in 2015, the book by Peter Tóth, Cervanová Case I, was published. I refused to read it at first.

Read more in this interview:

-how did Hanus come to terms with the realisation that he had been wrong about the Cervanová case?

-are journalists in Slovakia able to maintain critical distance from their sources?

-why are Slovak journalists more activist than their German colleagues?

MH: I felt like it was a closed issue for me. I felt like Tóth, who as a journalist served as a secret service agent and had had contacts, for example, with businessman Marian Kočner, only wants to settle his dues with the media and that it was a biased book. In early 2017, someone gave me the second book by Peter Tóth. I read it. It caught my interest and I started reading the first one. I was devastated. Suddenly I saw that my perception of the story was distorted. That I did not know some important things. For example, the story of Viera Zimáková as I knew it, was completely untrue. I realised that we were probably completely wrong at Týždeň. I started studying the Ľudmila Cervanová case. I got access to the investigation file and my feeling from the book, that it was our huge failure, was confirmed.

How did you feel when you found that everything was the other way around?
MH:I was shocked. I could not sleep for a several nights.

Why did you need to present your errors in the public?