Slovakia will preside over the OECD ministerial council meeting next year

The country will lead a group of the 37 strongest and most developed nations in the world. 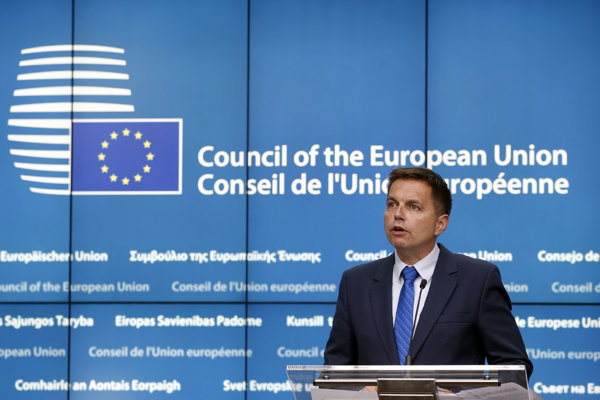 Slovakia will preside over the OECD Ministerial Council Meeting next year. Representatives of the organisation’s member countries made the decision at the ministerial meeting in Paris. Slovakia will lead a group of the 37 strongest and most developed countries in the world. It will also be the presiding country of the Organisation for Security and Cooperation in Europe (OSCE).

“It is a great thing and prestigious for our country," said Finance Minister Peter Kažimír, as cited by the TASR newswire. "It reflects the international reputation of Slovakia and the long-term work of a large team of people working either directly in the OECD, as representatives to the OECD or who work with the OECD."

The Slovak Finance Ministry specified that the OECD Ministerial Council Meeting is the most important annual event attended by the ministers of finance, economy, foreign affairs and many other ministers of the OECD member countries. The OECD currently has 35 members and next year their number will increase to 37.

Economy Minister Peter Žiga added that chairing the OECD Ministerial Council is an honour for every country and is a sign of international recognition.

“Slovakia has gained respect and we will have the opportunity to open up important economic topics,” said Žiga.