The ambition of Maroš Šefčovič is to try to ease tensions between old and new member states. 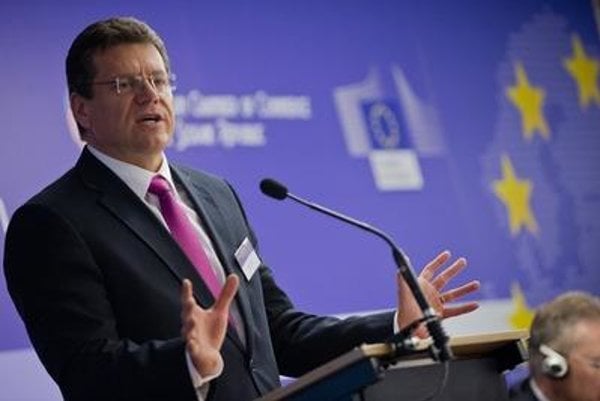 Maroš Šefčovič, Slovakia’s European Commissioner and vice president of the Energy Union, has indicated an interest in succeeding Jean-Claude Juncker as the EU executive’s president. On June 4 at the European Nuclear Forum in Bratislava he confirmed that he would seek the nomination of the European social democrats for the post.

“I will do everything to get the support of the social democratic parties across the EU,” said Šefčovič, as cited by the TASR newswire. “I will do my best to use this process to put the spotlight on stronger industrial policy, a more assertive position for the EU in international trade and on an understanding between old and new member states.”

The European People’s Party (EPP) launched the process of choosing nominations in April. It wants to introduce its candidate in November.

The social democracy camp will also hold some kind of primary. During June, parties united in the Party of European Socialists (PES) will agree on the criteria and a way of making nominations.

Recently, Šefčovič was also mentioned as a possible ruling Smer party candidate for President of Slovakia but he has denied his candidacy.

Read more articles by the topic
This article is also related to other trending topics: Maroš Šefčovič, EP election 2019