Murder of Ján and Martina did not wake them up, and we do not know if the killing of Henry will

In Slovakia, we have not managed to build our collective feeling of national pride on positive emotions. 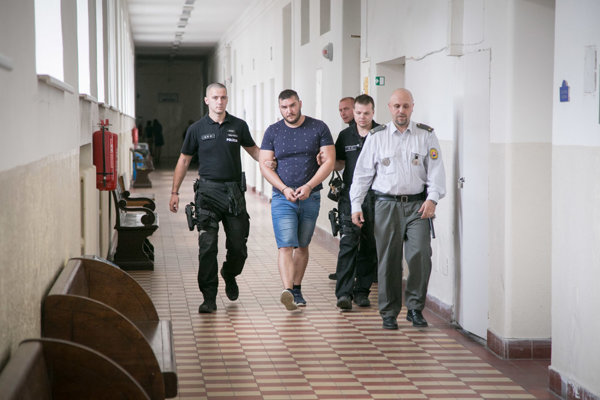 The author is the director of the Human Rights League

In this country, we have been persuading ourselves that the fearmongering of politicians about immigrants was nothing but talk, acceptable in the political fight and not provoking hate in people, until someone kicked a young man from the Philippines to death in the centre of the capital.

For years we have tolerated hate against the LGBTI minority, spread under the pretence of protecting the cultural and religious identity of the inhabitants, until someone beat two young men in the centre of Trenčín because they were holding hands.

And we shall not forget the recent shooting of Roma children in Poprad's borough of Matejovce, which went almost unnoticed.

All this despite the fact that in 2016, the UN Committee on the Rights of the Child, and subsequently also the UN Human Rights Committee warned us about the continued hateful rhetoric against foreigners, Roma and the LGBTI minority, including on the side of politicians. Both committees demanded in their country reports that we ban any defending of national, racial, or religious hate that incite discrimination and violence.

But not many positive things have happened since then. Fascists and religious fanatics have become part of the political mainstream. The hoax about the alleged Marrakesh declaration has resonated on the Slovak internet so strongly that in the end it prompted even the prime minister to make a video about it on the social network.

We clearly have a serious problem in this country. So far we have not managed to build our collective feeling of national pride on positive emotions, because many political and religious elites have promoted prejudice and hate.

Besides, we are also facing another serious crisis - a crisis of trust. Research shows that people in Slovakia have the lowest trust in institutions, politicians, and the media, while trust keeps decreasing.

But it its the feeling of trust that holds together not just relationships, but collectives and communities. When people do not trust the state and its institutions, when "help and protect" is considered a joke and when media-spread conspiracy theories have a greater impact on public opinion than the website of the police, we should not be surprised that aggressiveness and hate are on the rise.

The leaders at the helm of the country fail to convince us with their deeds that they are aware of this connection. The murder of Ján and Martina did not awake them, and we do not know if the killing of Henry will. But those of us who care about this country must not wait for another tragedy.