Original license of the Bratislava public transport company has expired, now waiting for its renewal. 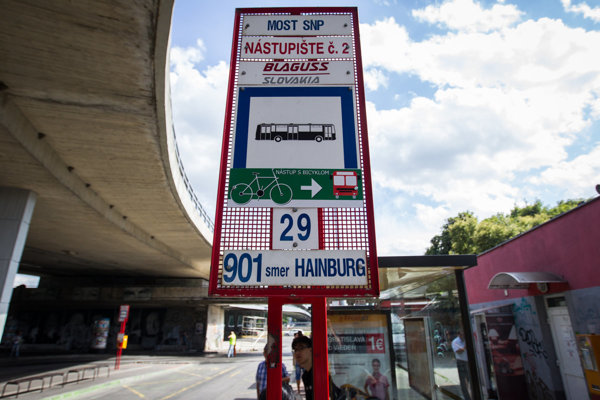 The cross-border bus line 901 from Bratislava to Hainburg will cease operating from June 11.

People who commute to Bratislava by bus from the nearby village of Wolfstahl and the town of Hainburg, or travel to the border region of Austria will have to change their way of travel from that Monday, the Sme daily wrote on June 3.

When it will be renewed?

“We have applied for a new license, and are waiting for it to be granted,” DPB spokesperson Adriana Volfová told Sme, without specifying the dates. It is not clear at all when the 901 line could be renewed.

First, the Austrian and then Slovak authorities must approve the permission. The Slovak Transport Ministry will then decide for how long the new license will be issued.

The standard pre-paid ticket cannot be used on this line. Instead a special fare of €1.50 for a single ticket and €2.90 for a return ticket is charged, Sme wrote.

Slovak Lines to replace it

Line No. 901 from beneath SNP Bridge once an hour will be replaced by Slovak Lines Express buses riding through Hainburg to Vienna.

The route to Hainburg is about 16 kilometres, and more than 6,000 people live in the town; from those, around one-fifth are Slovaks who often work in Bratislava and commute on a daily basis. Currently, regular Slovak Lines buses can be used on this route.

Line No. 901 was first introduced in 2008, originally to Wolfsthal; from March 2009, DPB extended the route to Hainburg.