Same-sex married couples have the right to stay in Slovakia

Slovak authorities respond to the latest judgement issued by the Court of Justice of the European Union. 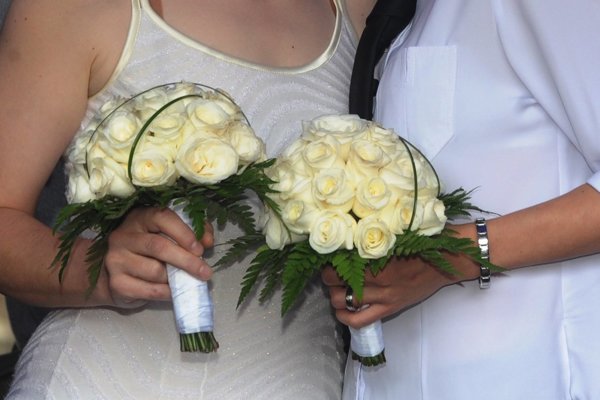 A family member of a European Union citizen can enjoy the right to reside in Slovakia if he/she accompanies their spouse here.

This is how the Interior Ministry responded to the June 5 judgement of the Court of Justice of the European Union in the Coman-Hamilton case concerning the legality of same-sex marriage.

The term ‘spouse’ within the provisions of EU law on freedom of residence for EU citizens and their family members includes spouses of the same sex. Although member states have the freedom to decide whether or not they will authorise marriage between persons of the same sex, they may not obstruct the freedom of residence of an EU citizen by refusing to grant his same-sex spouse, a national of a country that is not an EU member state, a derived right of residence in their territory, the judgement states.

What do the Slovak laws say?

“The truth is that the Slovak legislation does not recognise the registered partnership,” the Interior Ministry’s press department said, as quoted by the TASR newswire. “However, as of January 1, 2012 the law on the residency of foreigners is valid, part of which is the directive on the law of EU citizens and their family members to move freely and stay on the territory of member states.”

Family members of EU citizens include the citizens of non-EU member states who are their partners and their relation is permanent and officially confirmed. As a result, their stay in Slovakia is permitted if they accompany the EU citizen by the national legislation.

Meanwhile, the Slovak Justice Ministry also stated that Slovak law does not recognize a registered partnership or same-sex marriage. The Slovak Constitution stipulates that the marriage is a unique bond between a man and a woman.

“The bond between people of the same sex cannot be closed and it would not be recognised,” said the ministry’s spokesperson Zuzana Drobová, as quoted by TASR.

However, she claimed that recognising the effects or selected effects of registered partnership or same-sex marriage is not at odds with the Slovak laws. For example, same-sex couples can have some rights in inheritance if the couple followed the laws of the country where such laws are recognised before coming to Slovakia, Drobová added.

The same applies to taking care of a child, if these rights were recognised by the other country they lived in before coming to Slovakia, she explained for TASR.

The judgement concerns the case of Romanian national Adrian Coman and Robert Hamilton from the US who got married in Brussels in 2010. Coman lost a job in the European Parliament and in December 2012, he and his husband contacted the Romanian authorities to request information on the procedure and conditions under which Hamilton, in his capacity as a member of Coman’s family, could obtain the right to reside lawfully in Romania for more than three months.

Coman referred to the directive on the exercise of freedom of movement, which allows the spouse of an EU citizen who has exercised that freedom to join his husband in the member state in which the husband is living.

However, the Romanian authorities dismissed Coman’s request, and informed the couple that Hamilton only had a right of residence for three months, on the grounds that he could not be classified in Romania as a ‘spouse’ of an EU citizen as that member state does not recognise marriage between persons of the same sex, the judgement reads.

Coman and Hamilton therefore brought an action before the Romanian courts seeking a declaration of discrimination on the ground of sexual orientation in regards to the right of freedom of movement within the EU.