The country’s first bond of this type was introduced on June 5, during this year’s first entry of Slovakia to the European capital markets. 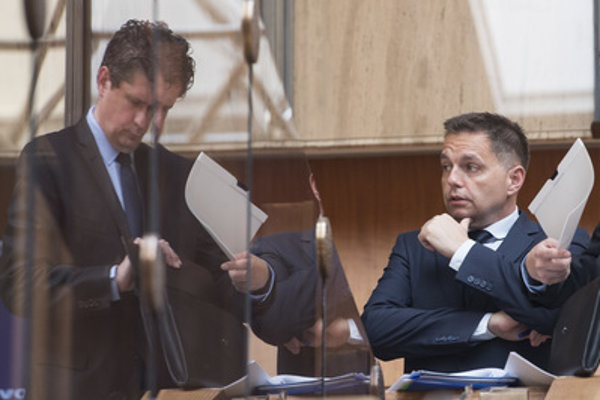 Slovakia issued the first 50-year bond in its history on Tuesday, June 5, during its first entry to the European capital markets, where it offered investors a dual issue of 10-year and 50-year bonds, the SITA newswire wrote.

The sale was managed by a syndicate of banks that included Barclays, Citi, Slovenská Sporiteľňa, and Tatra Banka.

The new 10-year issue has historically the lowest surcharge of all bond issues of the Slovak Republic so far, the Finance Ministry’s Debt and Liquidity Management Agency (ARDAL) further informed the newswire.

The lowest surcharge for a 10-year issue was achieved within central and eastern European countries. The surcharge against the reference curve was 10 basis points and yield to maturity reached 1.021% p.a.

“Yesterday, Slovakia achieved a ground-breaking success on financial markets by placing a sovereign bond with a maturity of 50 years,” Finance Minister Peter Kažimír said, as cited by the TASR newswire. “This happened for the first time in our history, while only five countries in Europe have bonds with similar maturity, including France and Ireland.”

Slovakia used the opportunity of a favourable situation on financial markets with the 50-year bond, according to ARDAL director Daniel Bytčánek.

“The issue was sold very quickly, within a few hours. The interest rate that we achieved was 2.25 percent p.a., which was far below the average of our entire [debt] portfolio,” said Bytčánek for TASR, adding that the Slovak issue will now be used as a benchmark for similar bonds elsewhere in Europe

The 50-year bond is the longest euro bond issued in the CEE region over the past decade and is the longest bond the Slovak Republic has ever issued. The surcharge toward the reference curve in this case reached 80 basis points with a yield to maturity of 2.254% p.a.

The success of this issue is further stressed by the fact that only five countries in Europe, among them France and Ireland, have issued bonds with a similar maturity, Kažimír told SITA. He also reminded that this bond will be due in June 2068.

“Its maturity is roughly two weeks before my 100th birthday, until when I will try to stay alive,” he joked at the June 6 news conference.