The weather paralysed transport and caused power failures. Some flights from Bratislava had to be cancelled. 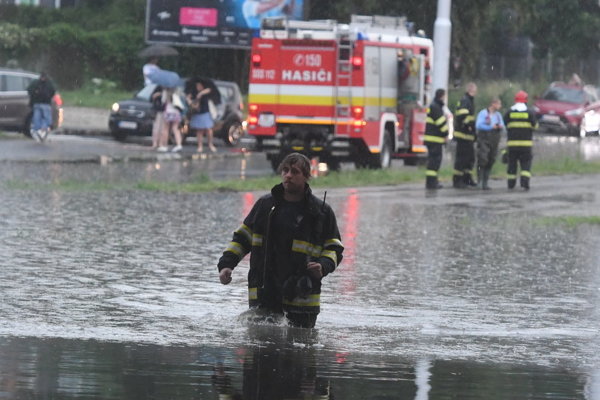 Heavy rain and storms struck the west of Slovakia in the afternoon of June 6, causing several problems for households and traffic.

The situation was the most critical in Bratislava, which required nearly 180 interventions by firefighters. There have also been several power blackouts throughout the city, the Sme daily reported.

The traffic was paralysed, and in some sections even collapsed. Several streets and underpasses were flooded, and the police had to close the roads.

Meanwhile, shopping centres Polus and Centrál were flooded and people had to be evacuated. 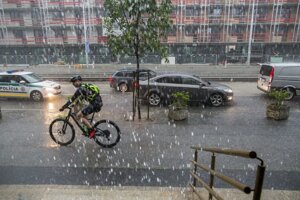 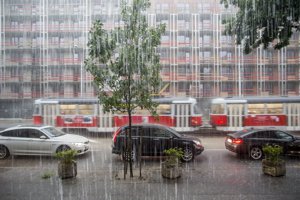 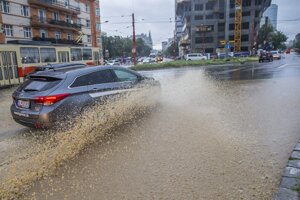 Public transport was also paralysed. Some lines were late by as much as 60 minutes, while others had to be rerouted. Some tram lines were not riding at all, the public transport company Dopravný Podnik Bratislava (DPB) informed on its website.

The Bratislava airport had to cancel some flights due to the rain, while others were late for several minutes, according to Sme.

As for other transport means, neither the buses operated by the Slovak Lines company, which drive through the Bratislava Region, or the trains of the state-run Železnice SR reported any larger problems, Sme wrote.

Meanwhile, the town of Dunajská Streda (Trnava Region) declared the third, highest flood warning. Both professional and volunteer firefighters have helped with dozens of cases.

The Slovak Hydrometeorological Institute (SHMÚ) also declared the highest flood warning in the Trnava district, while in other districts, the second-level warning was declared.

While in Nitra the transport was complicated by intensive heavy rain, in some villages around the city it hailed, causing damages to crops in gardens and fields, Sme reported.