The aim is to train young talents in their home environment using the Italian team’s know-how. 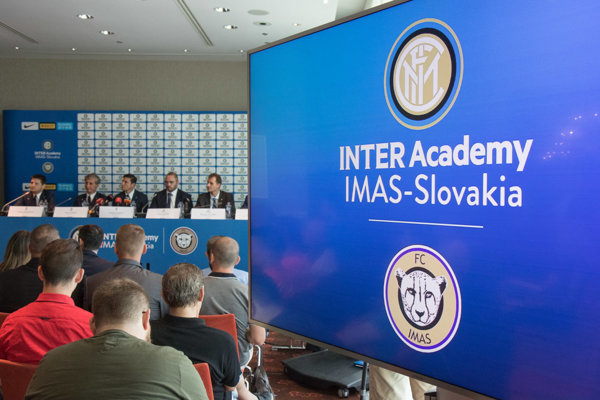 The opening of Inter Academy Imas Slovakia occurred on June 6 in Bratislava.

“I’m honoured to represent Inter at such a great event like the arrival of the club to Slovakia,” said Javier Zanetti, vice-president of Inter Milan, as quoted by the SITA newswire.

The plan is to share the know-how, thanks to which the Italian football club has reached its current position in the world of football.

“We hope that this step will help develop football in Slovakia,” Zanetti added, as quoted by SITA.

The aim of Slovakia is to offer the brand and experience of Inter Milan to young Slovak football players, said president of the FC Imas club, Peter Hasoň.

Inter Academy Imas Slovakia will be situated in the sports centre in Stupava, part of which is also a swimming pool, roofed sports hall, sauna, gym, and physiotherapist, SITA wrote.

How will the cooperation work?

The main objective is to offer young talented players a chance to develop their talents in their local environment under Inter Milan’s conditions and grow both from the sports and personal sides. Respect toward others, active participation in team life, the exchange of opinions and the sharing of victory or loss will play a crucial role.

“The basis is coaches from Inter who will gradually form and train local coaches,” said Marco Monti of Inter Milan, as quoted by SITA.

The main coach in Slovakia will be Raffaele Quaranta, who will also be responsible for the summer camp in Trebatice.

“We consider Slovakia an interesting country with huge potential and a passion for football,” Monti said, as quoted by SITA, giving Milan Škriniar as an example.