Apart from the hosting National Theatre, the Košice one will offer its crème de la crème of opera/ballet, as will the theatres from Prague/Frankfurt, St Petersburg, Ostrava, Krakow, and Budapest. 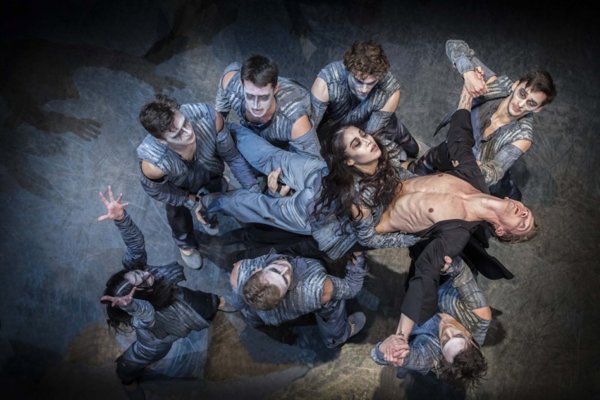 The Eurokontext.sk international theatre festival alternately offers drama and opera/ballet every second year. In 2018, the fine selection of performances in the latter category from several Slovak and foreign theatres will be shown between June 2 and 27, in the Slovak National Theatre (SND).

“Our ambition is to present a unique overview of the current trends and direction of European theatre,” SND head Marián Chudovský said, as quoted by the Pravda daily. “I consider the international festival Eurokontext.sk the culmination of our theatre season. When it concludes, something ends each time, and with the beginning of a new season, something new starts again,” he noted, adding that they still need new encouragement and further inspiration.

“A theatre-maker strives all the time to invent something new, not to be satisfied with the current situation, to always seek new inspiration or surprising moments – and especially to attract and maintain attention and interest,” Chduovský summed up.

What is on the menu?

The event opened with the premiere of the famous opera by Giacomo Puccini, Tosca, from the hosting theatre, the TASR newswire wrote. Directed by Martin Bendík and musically rehearsed by Rastislav Štúr (who alternates as conductor with Martin Leginus), the piece was first performed again on June 3 and will be on the SND repertory next season.

This is not true about the guest performances, neither of opera, nor of the ballet pieces. The fifth year of “The Festival of European Theatre”, Eurokontext, presents the State Theatre Košice’s operatic piece Fairies by Richard Wagner (premiered last year) on June 7; the National Morava-Silesian Theatre in Ostrava with its Lady Macbeth of Mtsensk District by Dmitry Shostakovich on June 9; Karol Szymanovski’s modernist King Roger staged by the Polish Krakow Opera – June 15, and the Czech National Theatre’s Werther, by Jules Massenet – directed by Willy Decker and in cooperation with Oper Frankfurt – on June 17.

The SND’s opera offerings include – apart from Tosca performed once more on June 13 – also the Spanish Hour (June 6); Puccini’s Triptych, and Trittico on June 14; as well as Oskar Nedbal’s operetta Polish Blood on June 16.

The ballet gems on offer are the hosting theatre’s Daphnis and Chloe, the choreographic work of SND’s dancer Reona Sato to the music of Maurice Ravel (June 6); Beyond Sin (the Karamazov Brothers) by Boris Eifman on June 8; and Esmeralda, a piece by Vasilij Medvedev, Cesare Pugni (to the music of the latter), directed by Vasilij Medvedev and Stanislav Fečo, in June 23.

Among the guest performances, offering a unique chance to see the work of European ballet houses, are Bartók’s Dance Triptych of the Hungarian National Ballet – on June 7; Anne Frank’s Diary by the State Theatre Košice’s ballet section (directed by Ondrej Šoth) on June 12; and the dance highlight of the festival, the Tchaikovsky – PRO et CONTRA, from the world-renowned Boris Eifman Ballet troupe from St Petersburg on June 26 and 27.

“Possibilities of the human body are unique and deserve to be developed,” Eifman commented on this latest work, as quoted by Pravda. “It is not just about technique, but also about spirituality. An in-depth exploration of the human soul can only be expressed with a new way of dancing,” he said, adding that he thinks he has managed with his team to find a symbiosis between the traditional Russian ballet culture of the 19th and 20th centuries, and all the achievements of contemporary global choreographers.

In one way or another, through various means, classical, modernist, realistic, experimental, all the performances of Eurokontext 2018 represent a study of the human soul, the fate of its impact and of its implications.