A discovered ossuary showed the importance of the town in the former Hungarian empire. 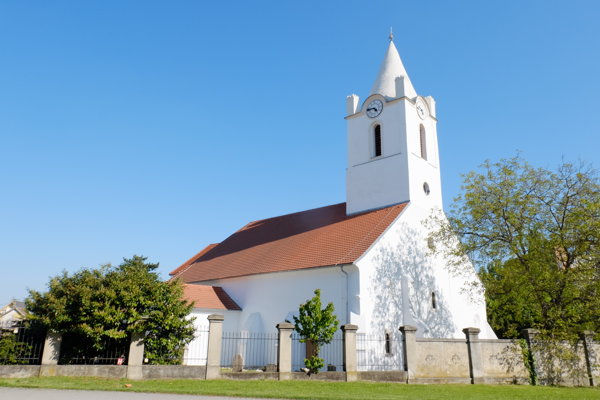 Archaeologists in Šamorín found the remains of an ossuary from the 12th and 13th century near a Romanesque church under a meter of soil.

The ossuary was dedicated to Saint Mikuláš (Nicholas) at the time of origin, according to archaeologist Peter Nagy from the Archaeological museum in Bratislava.

An ossuary is a space, anywhere from a box to a room, in which bones from older graves were put to make room in a full cemetery. The ossuary was located below ground; above ground was a requiem chapel. The diameter of the circle-shaped construction was six to seven metres.

“We are only at the beginning, we don’t know how deep we will need to dig,” said Peter Nagy for the TASR newswire.

The basement of the building was made from stone; what was originally above ground was made from brick called “plevovka”, that included chaff. According to the building materials, the ossuary was built between the 12th and 13th century.

“Within Slovakia, it is a discovery of important cultural and historic value,” said Peter Grznár, archaeologist of the Regional Monument Institute in Trnava, as quoted by TASR.

Similar constructions are in the area of Bratislava, Trnava, Banská Štiavnica and Kremnica. Since ossuaries were only in towns of significance, the discovery shows the importance of Šamorín within the former Hungarian monarchy.

The Romanesque church in Šamorín is considered to be the most precious historical monument in the town together with preserved middle-age decorations and several middle-age constructions. According to research, it is one of the oldest constructions on the river island Žitný ostrov.