Collector Eugen Bárkány did not distinguish between high and low art

The Jewish Community Museum pays a tribute to its initiator. 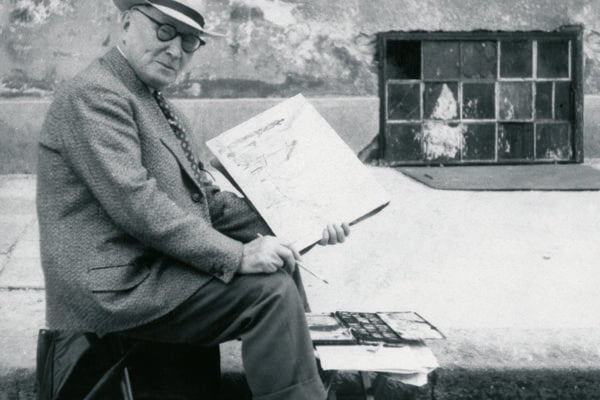 The life story of the builder and collector Eugen Bárkány would have resulted in a novel. He was a successful construction entrepreneur of Jewish origin who survived both world wars. After the second one, not only did the communist regime deprive him as capitalist of his company, but he and his wife were expelled from his native Prešov to find his new home in Bratislava. All that time he had been collecting - postal stamps, objects linked to the years he spent as prisoner of WWI in Siberia and especially Judaica. Gradually he created two valuable collections - one in Prešov and the second one in Bratislava. Today, a selection from both collections can be seen in the Jewish Community Museum in the last remaining synagogue in Bratislava.

“Eugen Bárkány was a lifelong passionate collector,” said Maroš Borský, director of the Jewish Community Museum on the occasion of opening the exhibition dedicated to this personality. “It is this founding personality, pioneer in the care and protection of the Jewish cultural heritage in Slovakia, who we wanted to commemorate and remember during the seventh year of our operation.”

The initiator and indirect founder of this museum was Eugen Bárkány himself. Although it opened only 45 years after his death and not in the Neolog synagogue on Rybné Square, as Bárkány originally planned, but at the synagogue on Heydukova Street, it administers the Judaica collection Bárkány created during the years he spent in Bratislava.

The most interesting pieces of this collection are displayed today in a permanent exhibition opened in the women’s gallery of the synagogue in 2012. The remaining space of the gallery is used for seasonal exhibitions. This year, it is an exhibition called Between Prešov and Bratislava, focusing on the Judaica collection created by Bárkány in Prešov.

“Now the whole space of the museum, both seasonal and permanent, is dedicated to this personality,” said Jana Švantnerová, curator of the exhibition. “In this way the visitor can realise the unbelievable contribution of Bárkány toward the preservation of Jewish heritage.”

The opening of the first ever Jewish museum in Slovakia, in Prešov in 1928, was preceded by the discovery of wall paintings in a former prayer room dating from the turn of the 18th and 19th centuries, a period when Jews were not allowed to settle in royal free towns like Prešov. It was given to them only in 1840.

“The discovery caused great enthusiasm, leading to the founding of the Jewish museum,” said Švantnerová.

In only three months Bárkány collected about 400 items. These became the basis of the first exhibition in the museum. Bárkány himself was in charge of the museum from 1928 until 1942.

Later, when the collection expanded, the museum moved to a former bastion that was no longer used by the city and which Bárkány expanded. The collection survived WWII more or less unharmed in these premises.

From the Prešov collection, the curator selected almost thirty of the oldest and most rare artefacts. Among them is the Torah ark curtain, the parochet, from 1777/1778, and the parchment with an illustrated prayer from the middle of the 18th century. 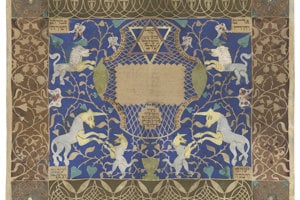 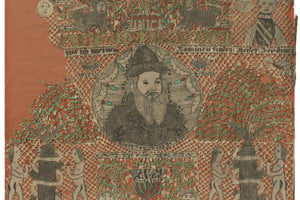 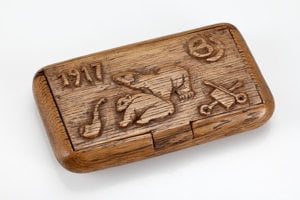 The wooden Torah pointers are a great rarity.

“Because most artistic collections especially include silver pointers, there are not so many wooden pointers and thus they are even more precious,” said Švantnerová.

The other very rare artefacts are papercuts.

“Paper items and textiles were the first to be destroyed because they were either burned or moulded,” said Švantnerová.

Moreover, these items were, for collectors, often artificially unvalued, and therefore they did not collect them. Mostly they were not works by professionals, but the believers themselves created them and were an expression of folk religion.

“Eugen Bárkány collected also such items because he did not distinguish between high and low art,” said Švantnerová. “Thanks to this, the Prešov collection has such great value today.”