German ministry advises tourists to be cautious in Bratislava

Apart from the capital – where recently a street conflict ended fatally – other places with recorded criminality are the High Tatras and spas. 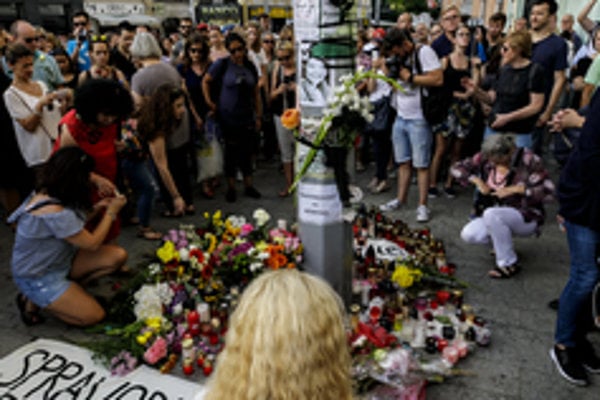 The Justice for Henry march in Obchodná Street, Bratislava - at the site where he was killed. (Source: TASR)
Font size:A-|A+24

The German Foreign Ministry has warned visitors of Slovakia of an especially high crime rate in tourist destinations on June 11.

The ministry has opined that luggage thefts and car burglaries occur mostly in the capital, Bratislava, in the High Tatras and in Slovak spas. It added, however, that even thefts in hotels cannot be ruled out, the TASR newswire reported.

The German Foreign Affairs Ministry also points to the increased number of violent crimes against foreigners in Bratislava, and recommends extra caution around Obchodná Street in the downtown area.

Bratislava I borough with the most violent crimes

In Bratislava’s first borough, which officially includes the Old Town (Staré Mesto) belongs, along with Obchodná, there was the biggest occurrence of violent incidents calculated per one inhabitant, the Denník N daily wrote.

The statistics do not consider the huge number of tourists who are much more numerous in the Old Town than in other city parts, the daily pointed out.

Obchodná Street does not stand out in statistics of violent criminality, either: last year, police recorded six violent crimes: two cases of physical assault, two of threat and two attacks on public officials. Most frequently, the incidents took place around midnight, and on the weekends in the early morning hours – but the recorded cases are too scarce to allow any conclusions, Denník N wrote. 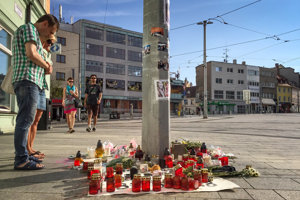 It is probable, though, that many of the conflicts do not even make it to the records, as the victims are reluctant to report violence. This was also the case on June 7 – so far the most recent case of a foreigner being beaten in the capital.

The crimes from police statistics concern serious cases when the attacker kicked or beat their rival in the head. In May 2017, a man coarsely called a passer-by names and then pointed his gun at him, threatening to shoot his car – and his knees. The attacker received a €300 fine and the prosecutor did not appeal.

The Obchodná Ulica a Okolie civic association claims for Denník N that the situation is not catastrophic but rather long-term and police have not worked on solving it. The founder of the association, Davy Čajko, told the daily they want to put pressure on Mayor Ivo Nesrovnal and those responsible to deal with it.

One of the bar managers said back in 2016 that after she had reported vandalism the police asked her whether she really wants to file an official complaint, as it may last a long time and they will probably not find the perpetrator.