Professionals warn of storms in all Slovakia

A first-degree warning has been issued for June 12 and the night of June 13, with supercells being expected in some parts of eastern Slovakia. 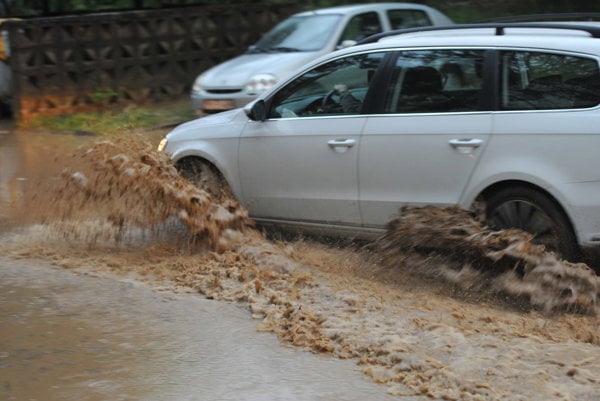 Storms are forecasted for the whole territory of Slovakia, for June 12. The Slovak Hydro-meteorological Institute (SHMÚ) issued a first-degree warning, effective from 14:00 on; in some places, warnings will be in effect until midnight but in most of Slovakia they can occur until 6:00 of June 13.

The storms can also be accompanied by hailstones and short, intense rainfall ,which can bring as much as 20 to 40 millimetres of precipitation, the TASR newswire wrote, quoting SHMÚ. Wind can be intense as well, up to 65 to 85 kilometres per hour.

East Slovakia will continue to be plagued by rain and storms, the Košice Korzár newspaper wrote on June 12, adding that SHMÚ issued the first-degree warning for the Košice and Prešov regions, predicting storms, intense downpour and a wind of up to 18-23 metres per second (65-85 km/h).

Supercells may occur, too

The imeteo.sk website points out that during Tuesday, extraordinarily strong storms, supercells, may appear in the east. These have already occurred the previous day, accompanied by hailstones – but did not cause greater harm.

Last year, repeated supercells were behind enormous damage, especially in the Šariš and Zemplín area of eastern Slovakia.

A supercell is a thunderstorm characterised by the presence of a mesocyclone, according to wikipedia: i.e. a deep, persistently rotating updraft. Thus, these storms are sometimes referred to as rotating thunderstorms. Of the four classifications of thunderstorms… supercells are the overall least common and have the potential to be the most severe. They are often isolated from other thunderstorms, and can dominate the local weather up to 32 kilometres (20 mi) away. They tend to last 2-4 hours.