Journalist Petková: It is terrible to read that we ordered Ján’s murder 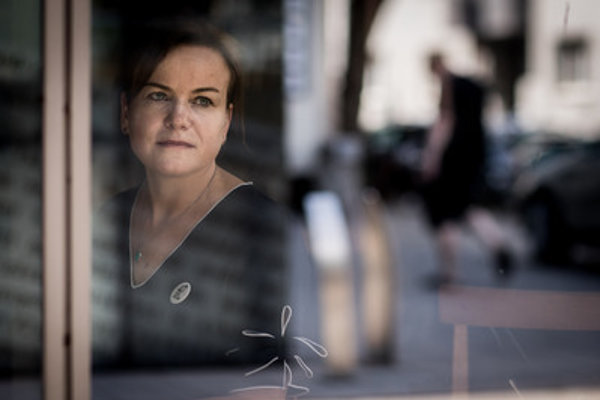 Zuzana Petková is one of the most famous investigative journalists in Slovakia. Lately, she has been cooperating on the story which lead businessman Marián Kočner to threaten the Sme reporter Adam Valček.

Now, after two decades working for various media outlets, she is leaving the Trend weekly for a non-governmental organisation. The Penta financial group does not interfere in the weekly’s content and she perceives its head, Jaroslav Haščák, as an ordinary reader.

Sme: Why are you leaving the Trend weekly?

Zuzana Petková (ZP): Because I have been working in the media for 22 years and with Trend, I achieved the maximum a journalist can in their career, I would say. I worked for one of the best Slovak weeklies as deputy chief editor and I want to move on. I started to be bored with describing corruption cases, especially as there is no end – it's like a prison sentence. With Zastavme Korupciu / Stop Corruption I hope that I will be able to put pressure on people in other ways, so that they start dealing with such issues.

Sme: Are the current NGOs able to do this?

ZP: I feel that recently they have become less active than they used to be. I remember former journalists Zuzana Wienk and Peter Kunder in the Aliancia Fair-play disclosing the fictitious donors in the SDKÚ party; now, there are fewer of these investigations. I hope I will be able to do similar things with the foundation.

Sme: Rumour has it that disputes with the leadership of the Penta media house which also includes Trend are behind your decision to leave. Is this true?

ZP: I have no dispute with the Trend management and I highly respect the chief editor, Oliver Brunovský, who has done a lot for the refinement of the media scene. As for the leadership of the media house, I have differing opinions with some people concerning various issues but this is common. Our mutual communication is an internal matter and I have no reason to comment on it.

Sme: Has Penta intervened in the writing of stories for Trend?

ZP: I personally don’t have any such experience. Nobody has told me what to write or what not to write. Right from the start, we agreed on a method of communication, set the limits and I am not aware of anyone ever violating this.

Kočner does not answer to the point, and he, on principle, never comments on specific issues.

Sme: Haven't the people from Penta called you directly to complain about some stories?

ZP: Recently, I had a written communication with Jaroslav Haščák of Penta after we published the report on the state of the police in Slovakia. He disliked our writing about the Gorilla (scandal) as a fact and not as an alleged SIS file. I didn’t perceive it as pressure by the owner, but rather as the reaction of an ordinary reader to my article. I answered and had the feeling we settled it correctly.

Sme: What has changed for journalists after the murder of Ján Kuciak?

ZP: A lot. Mostly, the impression that writing stories cannot immediately threaten our lives. Before, we thought that the worst that could happen to us was a lawsuit or pressure. Now, nothing is as it used to be before the murder.

Sme: Have you been dealing more with ways to protect your communications with sources in the editorial room?

ZP: Yes, I have so many encryption applications on my mobile that I can hardly fit any more in. Most of the time, I only communicate with sources in person now. With some themes, like the Albanian mafia, we don’t even give the names of the reporters and the questions are sent by the chief editor instead, to protect them.

Sme: If the police summoned you for questioning now, would you take your mobile with you?

ZP: After what happened to Pavla Holcová – I wouldn’t do that. Before, I used to take my mobile to the interrogations.