Slovak companies suffer from a fluctuation of employees apart from a lack of labour.

The average employee turnover in Slovakia ranges between 14-16 percent, while healthy fluctuation in a company is considered to be between 5-7 percent. Moreover, many companies are unable to fill vacancies, which even worsens their problems with the labour force.

“We see in many companies that the losses are completely unnecessary, that they wouldn’t have to look for so many employees if they were able to cope with fluctuation,” said Jiří Halbrštát, marketing manager of ManpowerGroup Slovak Republic, as cited by the TASR newswire.

The statistics of projects implemented by ManpowerGroup for reducing employee fluctuation in Slovak companies show that there are companies where employee turnover is around 100 percent per year. 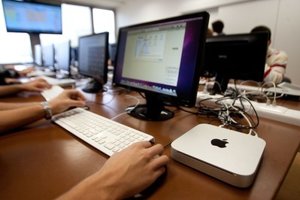 High fluctuation means higher costs for recruiting and initial training for new employees. These start at €800 per one employee and may exceed even tens of thousands of euros with regards to the qualification and the complexity of recruitment and training. In a large production company with thousands of employees and an annual employee turnover of 30 percent the monthly costs related to fluctuation may exceed €35,000.

“Fluctuation is highest in production posts, in logistics and for cooks, waiters and shop assistants,” said Halbrštát.

Fluctuation is especially high for posts with lower salary levels or ones dominated by young people with a lack of experience.

“On the other hand, we also see a high fluctuation in the most sought-after posts,” said Halbrštát, adding that these concern, for example, technicians, programmers and IT specialists.

Age is also a key factor for fluctuation.

Manpower statistics shows that in terms of fluctuation the most important factor is finances. Before changing their job, manufacturing and manual workers take into account the distance to work, how demanding the job is and the working environment.

While fluctuation is generally perceived as a negative factor, it has its upsides, without which the company begins to stagnate. Moderate fluctuation brings in new people with new ideas, disrupts the status quo and creates space for career development.