How to keep politics and sports separate

FIFA, may not be a government, but they and the events they put on are undeniably political and embody all the worst things about globalisation. 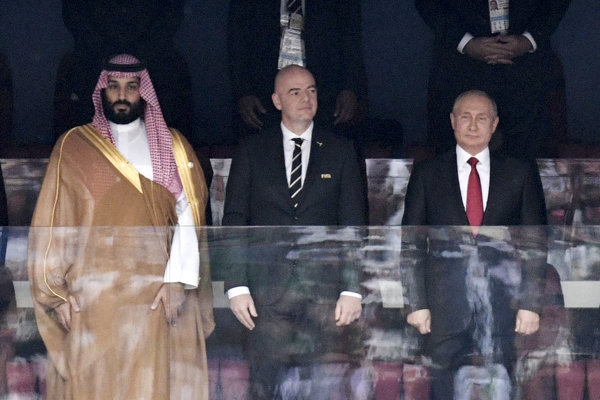 For better or worse, sports and politics often intersect. As the World Cup gets underway in Russia, this tournament has more political overtones than most.

While Saudi Arabia was losing 5-0 to the host country Russia in the tournament’s opening match, the Saudi army launched a massive attack on the Yemeni city of Hodeidah. That key port is the source of 80 percent of supplies, food and fuel entering the war-torn country — and the new fighting has led humanitarian groups to forecast a coming crisis. The attack targeted Houthi rebels, who are backed by another World Cup nation — Iran.

Meanwhile, Iran’s footballers were involved in the drama of their own. Following US President Donald Trump’s decision to withdraw from the compromise nuclear agreement with the Iranian government, the World Cup team had trouble acquiring uniforms and equipment. Unlike the other squads in the tournament, which generally are paid to wear uniforms produced by Adidas, Nike or some other brand, the Iranian team had to buy their own.