A state-of-the-art milk farm, one of the biggest in central Europe, ceremonially opened in Bzovík. 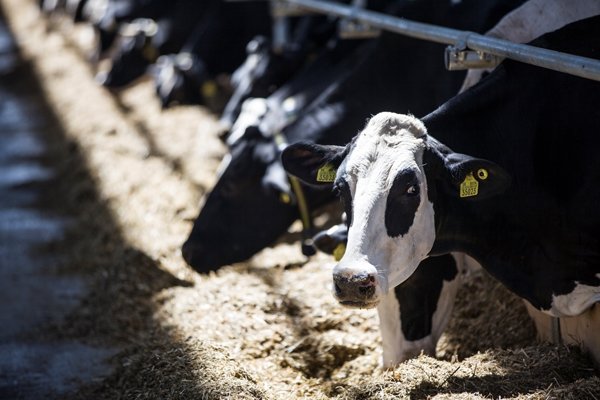 Cows at the farm in Bzovík are equipped with sensors monitoring their condition. (Source: SFD)
Font size:A-|A+

One of the biggest milk farms in central Europe ceremonially opened in Bzovík, close to Krupina (Banská Bystrica Region) on June 17. The farm was built as a green-field project, which means it did not need to adapt to anything and their founders had free hands in designing its facilities. Investments reached almost €7 million.

“Stables are designed to secure as much comfort for cows as possible,” said Daniel J. Kratky from the holding Slovenské Farmárske, Družstvo (SFD), which stands behind the project. 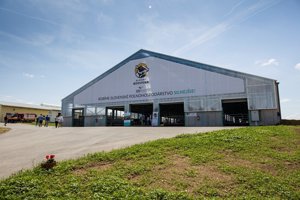 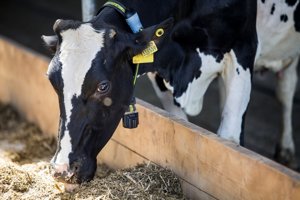 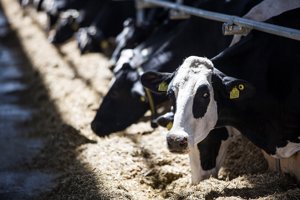 Modern technologies secure not only satisfaction of dairy cows, but also their high productivity. For example, the cows have sensors on their necks that monitor not only the number of steps they take, but also how they chew. This enables farmers to uncover eventual health problems of the cows in advance so they can treat them immediately, the TASR newswire reported.

Right now, there are 700 cows on the farm but once the farm is complete, this number will double. The farm will supply roughly 40,000 litres of milk for further processing. The milk and dairy products are destined in large part for the local market.

Similar investments, but mostly with a lower capacity of milking cows, took place in Germany as well as France, Hungary, Poland, the Czech Republic and Estonia over the last few years.

SFD is a Slovak holding that owns agricultural companies focusing on primary vegetable and animal production across Slovakia. It farms on 30,000 hectares of land and belongs among leaders in primary agricultural production.